‘Siri, what song is this?’ The iOS 8 GM doesn’t have a clue, but it’s coming back next week 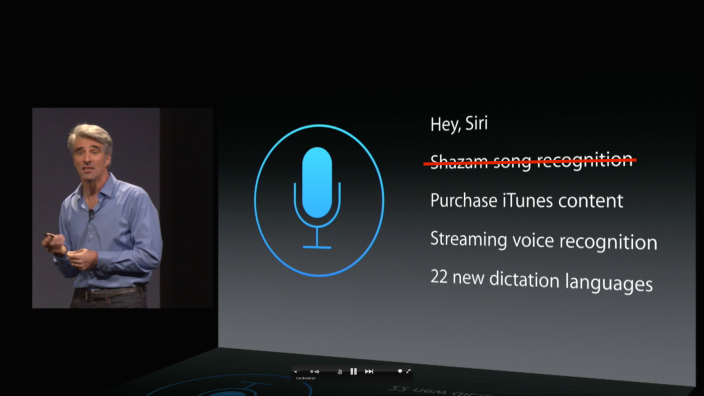 Remember when Apple announced during WWDC that Siri in iOS 8 would be getting several cool new features, including the ability to figure out what song is playing with a music recognition engine powered by Shazam? In the recent GM build of iOS 8, the feature has been removed completely. Apple notes that it should be back in time for the general public release of the OS, however.

In earlier betas, Siri would automatically start listening for music when invoked, and identify anything playing. This approach proved to be a bit counterproductive, as the software would often misinterpret air conditioners, wind, or a sneeze in the background as music and keep trying to identify it even after the user had finished issuing a command.

To resolve that, later betas removed the automatic listening mode and required the use of a command such as “what song is this?” However, in the GM build (which by definition is identical to the one that will ship to all users next week), the feature is totally non-functional. Asking “what song is playing” or similar will attempt to ID the song playing from the user’s library, which often results in a response of “You’re not listening to anything right now.”

Why the feature was removed in the GM build is a bit of a mystery when it seemed to work perfectly fine when triggered by a voice command. Other new Siri features, like “Hey Siri” mode, are still available in this version. It’s possible this could just be due to some sort of bug that went undetected or a server-side issue that will be resolved before the official release.