It’s been just over a month since the last big update to Google Play Music for iPhone, and today the Google Play Music team is rolling out another update with new features and improvements. The latest release brings the version number to 1.3.2.2559 for those keeping track at home, and adds a handful of new functionality like the ability to remove music from your library via the iPhone app. The update also boasts additional accessibility features which will surely be appreciated as well as fixes for issues with skipping during track playback and eliminating duplicate listings in the music library. You can see the full change log below. END_OF_DOCUMENT_TOKEN_TO_BE_REPLACED

Apple says iTunes Match has re-opened for U.S. developers, but is it for you? 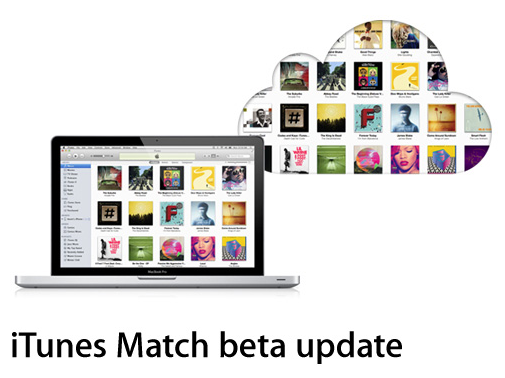 Apple has just sent out an email this afternoon notifying developers that iTunes Match has re-opened for developers, after registration was shut-down shortly after it launched. Sadly, we’re hearing from several people around the web that they still aren’t able to get in, but some lucky few are. Frustrating, huh?

iTunes Match beta testing has now been expanded to additional developers in the United States. iTunes Match stores your music library in iCloud and allows you to enjoy your collection from anywhere, any time, on your iPhone, iPad, iPod touch, or computer. Any of your songs, including music you’ve imported from CDs, that matches with the 18 million songs in the iTunes Store will become available in iCloud and will play back at iTunes Plus quality (256 Kbps DRM-free AAC) — even if your original was of a lower quality.

iTunes Match allows users to store their music library in iCloud, where it can then be downloaded to their iOS devices or other Macs. The service is currently available to developers for $24.99 a year, but it will see a public launch alongside iOS 5. Let us know in the comments section below if you’re able to get in. Full email below: