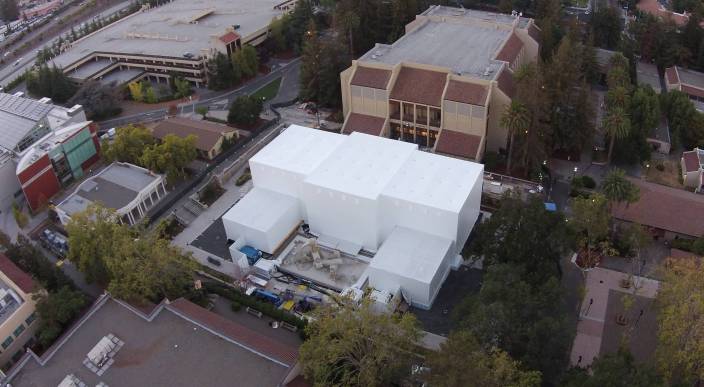 Update: Video after the break!

With Apple’s iPhone event only a few days away, speculation is still mounting as to what exactly will be announced. The Flint Center building is of particular interest. Sachin Patel used a drone to get a full aerial shot of the complex, and helps clear up what exactly Apple is building. Apple has constructed a gigantic secondary building in front of the Flint Center, seemingly taller than the theatre itself.

The development has a gap at the front to leave the fountain intact. Unfortunately, as Apple has covered the entire structure in a white veil, the purpose of the site is still unknown. The initial pictures of the construction were a bit misleading, as they seemed to show Apple was merely extending the Flint Center. This aerial photo in combination with a Flyover screenshot (below) clarify that is in fact a distinct, separate building.