Jailbreak hotspot-ers: AT&T is moving you to a tiered data plan involuntarily 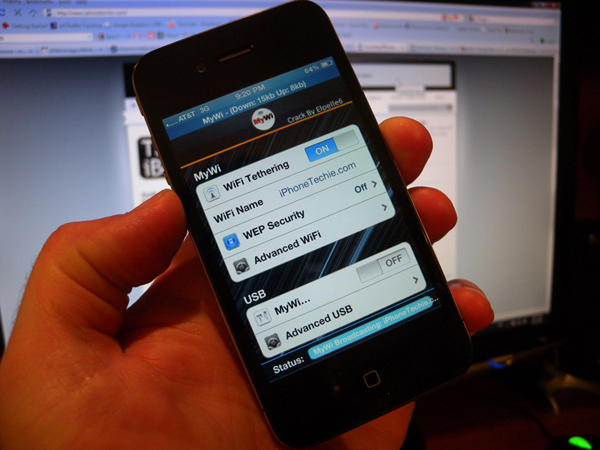 We’ve gotten word from some readers that AT&T is moving forward and removing unlimited plans for users who jailbreak iPhones to tether or hotspot off of AT&T’s unlimited data plans (for those grandfathered):

I was just informed that as of Thursday August 11th 2011, if you use MyWi or any tethering on the phone or using the phone as a modem, AT&T will automatically change ur unlimited plan to a 2Gb tethering plan for 45 dollars without the customers consent. This is for those who received emails or texts about the use of tethering without an AT&T tethering plan.

An AT&T spokesperson has confirmed this, but not August 11th as a hard cutoff date, saying:

Earlier this year, we began sending letters, emails, and text messages to a small number of smartphone customers who use their devices for tethering but aren’t on our required tethering plan.  Our goal here is fairness for all of our customers.  (This impacts a only small percentage of our smartphone customer base.)

Is this fair of AT&T?  Well, it is certainly fair that people pay for the data that they are using and unlimited tethering turns your iPhone into a data sucking monster.  AT&T’s service to others is obviously affected, so they have to do something about it and this seems like a reasonable solution.  The obvious retort is that some may have purchased their unlimited plans back when unlimited really meant unlimited, jailbroken or not.

The matter doesn’t appear up for debate however. MiWi users: get your free data this week and hope AT&T doesn’t decide to move you over early. END_OF_DOCUMENT_TOKEN_TO_BE_REPLACED