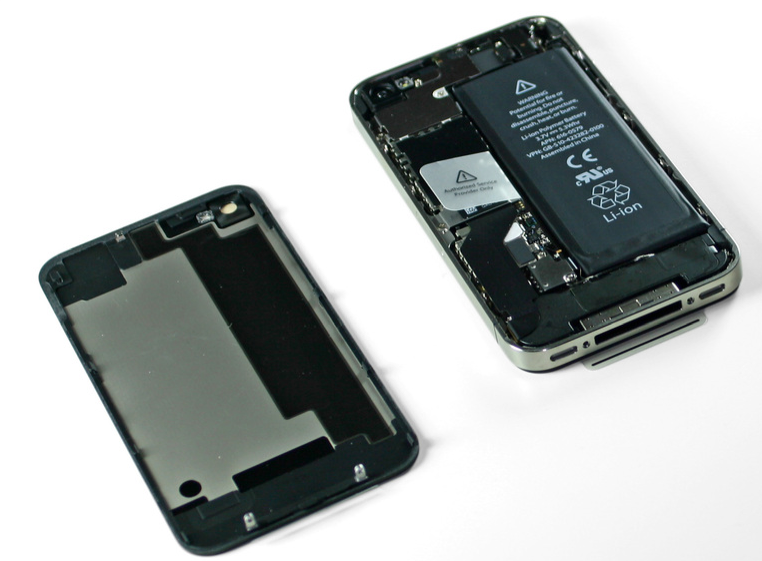 The teardown is in progress. Notes of interest:

The second confirmation iFixit’s teardown gives us is the size of the A5’s on-package memory: 512MB. A quick look at the image above yields the Samsung part number: K3PE4E400B-XGC1. Each highlighted E4 refers to a separate 2Gb LPDDR2 die. The A5 features a dual-channel LPDDR2 memory interface, thus requiring two 32-bit die to fully populate both channels. The final two characters in the part number (C1) refer to the DRAM’s clock period, in this case 2.5ns which indicates a 400MHz clock frequency (F=1/T). My assumption here is Samsung’s part number is actually referring to clock frequency and not data rate, implying there are a pair of LPDDR2-800 die in the PoP stack. It’s not entirely uncommon to run memory at speeds lower than they are rated for, a practice we’ve seen in graphics memory in particular for as long as I can remember, so I wouldn’t take this as proof that Apple is running at full LPDDR2-800 speeds.