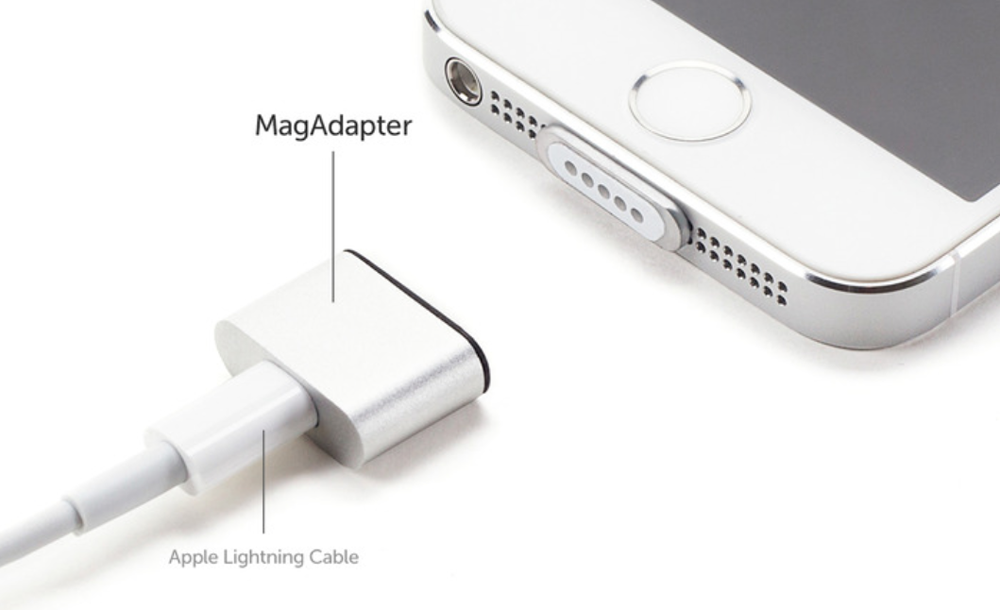 The main product offered on this Kickstarter campaign is just another powered case (albeit a pretty-looking one) – but it was the ‘Magsafe for iPhone’ adapter three-quarters of the way down the page that caught my eye.

Plug in a slim adapter to the Lightning socket of your iPhone, plug in an adapter to your Lightning cable and you have the equivalent of a MagSafe connection on your phone.

It’s a neat idea, but sadly not one that is likely to survive scrutiny by Apple’s lawyers – at least, not using ‘MagSafe for iPhone’ as the description. Battery company Hyper, which makes external batteries for MacBooks and iPads, learned this the hard way when it offered MagSafe connectors. Apple’s lawyers sued, and forced the company to go via an airplane power adapter instead.

Without the description, however, it might survive. You can pledge $25 for the two-part adapter kit, with estimated delivery in November. The campaign currently has just over $6,000 pledged of its $50k target, with 43 days to go.