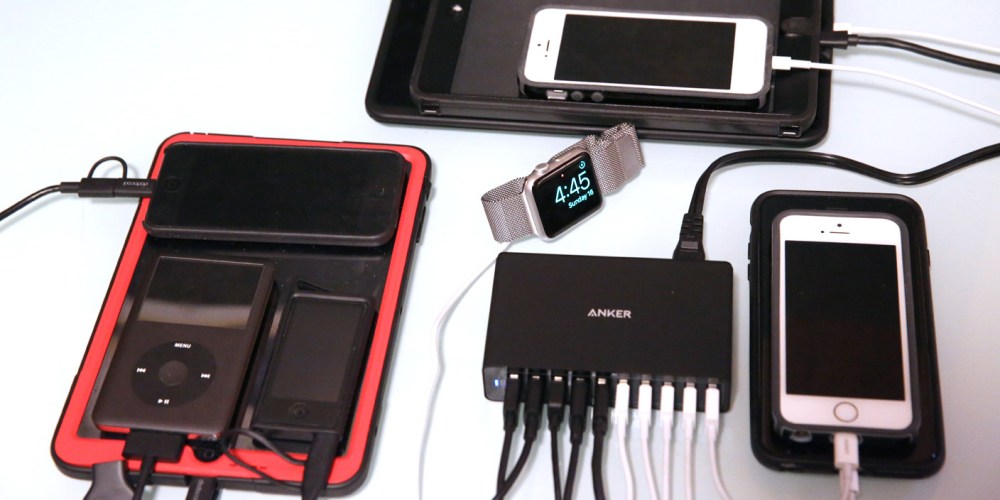 “Bigger and better” has been a safe sequel strategy for years, but “smaller, lighter, and slightly more affordable” sequels began to take off when Apple debuted the iPod mini and iPod nano a decade ago. Anker relied upon “bigger and better” for its insanely powerful 25,600mAh Astro E7 battery, and now is using “smaller and lighter” with PowerCore 20100 ($40), a sequel with nearly 80% of Astro E7’s power. But Anker’s diverging from Apple’s formula on one key point: PowerCore 20100 sells for only 50% of Astro E7’s price. It’s still capable of recharging many iPads twice, which is more than enough portable energy for most people. Given its more manageable size and excellent price point, it’s likely to be an even bigger hit than its predecessor.

Anker has also released a “you’ll never need another USB charging port again” solution called PowerPort 10 ($40, shown above). PowerPort 10 steps up from Anker’s excellent 60W 6-Port USB Charger (reviewed here), which was recently renamed PowerPort 6. For only $4 more than PowerPort 6, PowerPort 10 gives you 4 additional USB ports for charging. Ten ports is enough for a family full of iPad, iPhone, and Apple Watch users to simultaneously recharge all their devices. The only hitch: PowerPort 10 has the same 60W power output as PowerPort 6, the details of which I’ll explain further in the review below…