One 'Primary inbox' story May 2013
See All Stories

As expected from a previous leak earlier this month, Google just announced on its official Gmail blog that it’s rolling out a brand new UI for Gmail on both the web and mobile that brings a new Categories based UI for easier organization of emails. The 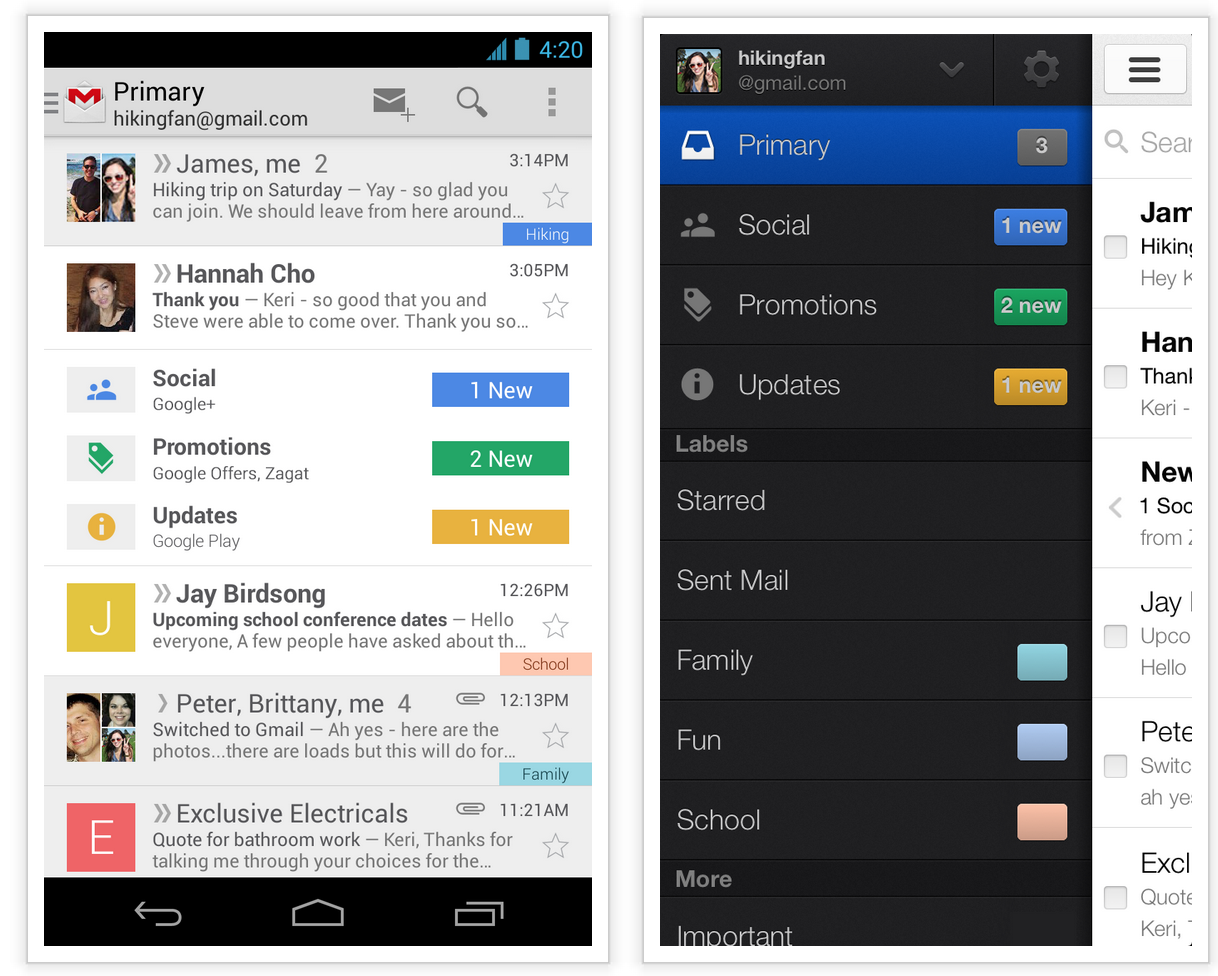 screenshots below line up with the images that we posted last week showing new customizable Categories that users can assign to manage emails according to content. For example: ‘Social’ for emails related to social networks, ‘Promotions’ for promotional material, ‘Notifications’ for reservations, bills, etc, and ‘Forums’ for mailing lists and forums.

On the desktop, the new inbox groups your mail into categories which appear as different tabs. You simply choose which categories you want and voilà! Your inbox is organized in a way that lets you see what’s new at a glance and decide which emails you want to read when.. You can easily customize the new inbox – select the tabs you want from all five to none, drag-and-drop to move messages between tabs, set certain senders to always appear in a particular tab and star messages so that they also appear in the Primary tab.

The update is not only rolling out to desktop users, but also to iPhone and iPad and mobile devices running Android 4.0 and up. On the mobile apps, users will first see their “Primary” inbox and can switch to other categories using the side navigation bar. Google says the new inbox is rolling out in the next few weeks but users will be able to try it sooner with a new “Configure inbox” option in Settings. END_OF_DOCUMENT_TOKEN_TO_BE_REPLACED