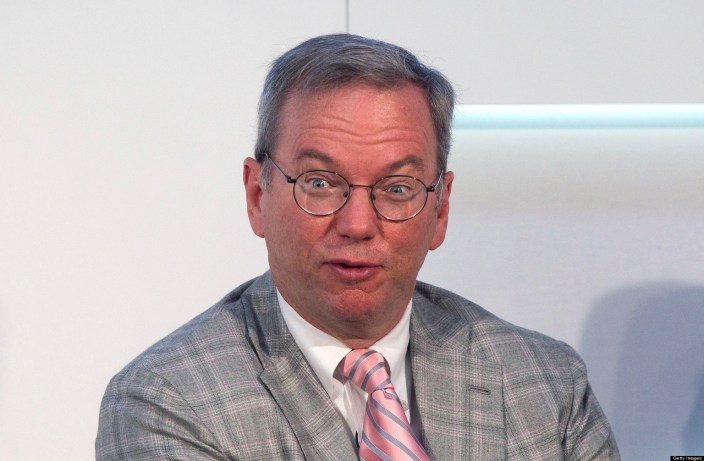 In his letter on privacy shared last week, Apple CEO Tim Cook contrasted the business model of Apple against that of its competitors while strongly taking a shot at Google, Gmail, and Android without actually naming the company and services. The infinitely entertaining executive chairman of Google and former Apple board member Eric Schmidt was recently asked by ABC News about Cook’s open letter on the company and privacy.

In short, Schmidt, who is making the media rounds to promote his upcoming book How Google Works, said Cook’s description of Google and privacy is incorrect, which you would expect from the Google chairman. But his first shot at debunking Cook’s claim was sort of out of left field (okay, as you also might expect): END_OF_DOCUMENT_TOKEN_TO_BE_REPLACED