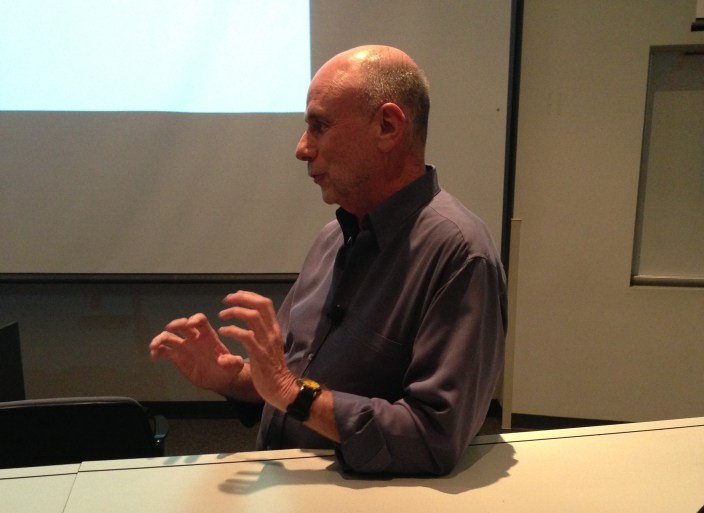 Former Apple advertising consultant Ken Segall at the University of Arizona in March, 2013.

Ken Segall, author of Insanely Simple and former Apple advertising consultant, today posted a blog entry detailing his views on the evolving definition of “pro” at Apple. In it, Mr. Segall claims that Apple is working to rework the pro industry and grow a “larger audience of high-end consumers who can suddenly understand, enjoy and benefit” from the apps and hardware.

An even more interesting tidbit is what he reveals about Steve Jobs’ plans for the company’s pro products:

Could it possibly be? Would Apple ever even think about saying goodbye to the pro market?

I hope you’re sitting down for this, but Steve Jobs did in fact once consider that very option.

This was back in the days when iMac had established itself as a global bestseller. During one of the agency’s regular meetings with Steve, he shared that he was considering killing the pro products.

His rationale was as you might expect: consumer products have an unlimited upside, while pro products are aimed at a niche market that eats up major resources.