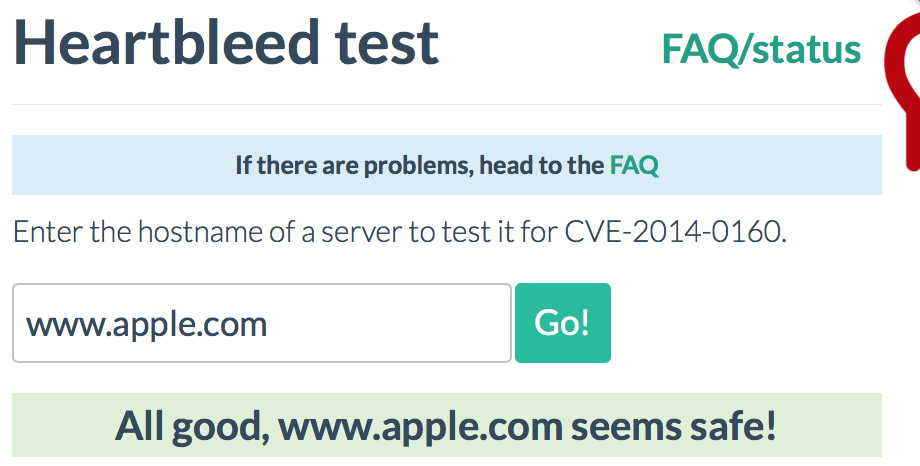 With an estimated half a million sites vulnerable to the “Heartbleed” vulnerability revealed earlier this week, which allows an attacker to access user details of websites previously believed to be secured by industry-standard SSL/TLS, your favorite social networks, stores, and other services around the web could potentially be handing out your password or other personal information to anyone who exploits the issue.

The bug exists in a library called OpenSSL, which is an open-source SSL implementation that many—but not all—web services use to secure sensitive traffic. If a website you use is affected by the bug, your personal data could be given to just about anyone. Unfortunately, changing your password on an unsecure site won’t even help unless the site’s owners have installed a fix (because the attackers can simply exploit the bug again to get your new password).

This serious issue affects a number of high-profile sites, but it seems your Apple ID is safe. Today, Apple gave the following statement to Re/code: