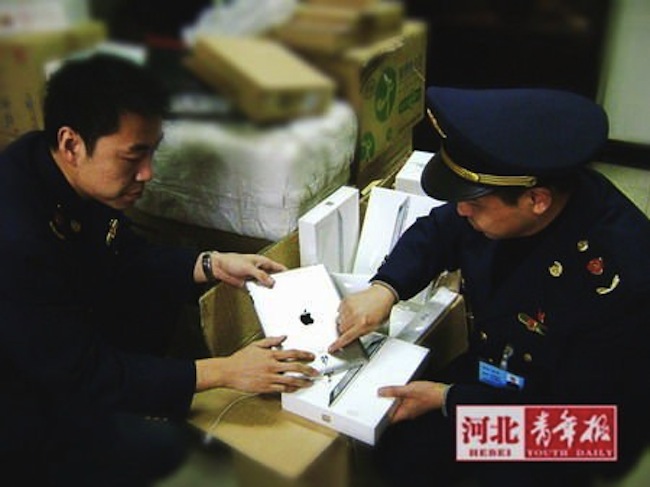 Not content with officials yesterday confiscating iPads in Shijiazhuang over an ongoing litigation on the iPad moniker, Taiwanese company Proview Electronics is now looking to put a ban on both iPad imports and exports, according to Reuters. The company is already petitioning Chinese customs to stop shipments of iPads. Proview sued Apple last year over its “I-PAD” trademark and could seek up to $1.5 billion for the name from the Cupertino, Calif.-headquartered gadget powerhouse.

Apple is in an increasingly difficult place here. Considering every iPad is built in China (until Brazil plants go online), a full-blown export ban could disrupt the iPad business on a global scale. Proview’s legal position stems from Chinese laws that seek to prevent the sale of counterfeit goods in the country. The news gathering organization confirmed the development this morning:

A Chinese tech firm claiming to own the “iPad” trademark plans to seek a ban on shipments of Apple Inc’s computer tablets into and out of China, a lawyer for the company, Proview Technology (Shenzhen), said on Tuesday.

Proview also asked the country’s Administration Industry and Commerce to put in effect iPad confiscations in as much as 30 cities. Apple’s position in this dispute remains unchanged as a spokesperson re-iterated the official line:

We bought Proview’s worldwide rights to the iPad trademark in 10 different countries several years ago. Proview refuses to honor their agreement with Apple in China and a Hong Kong court has sided with Apple in this matter.