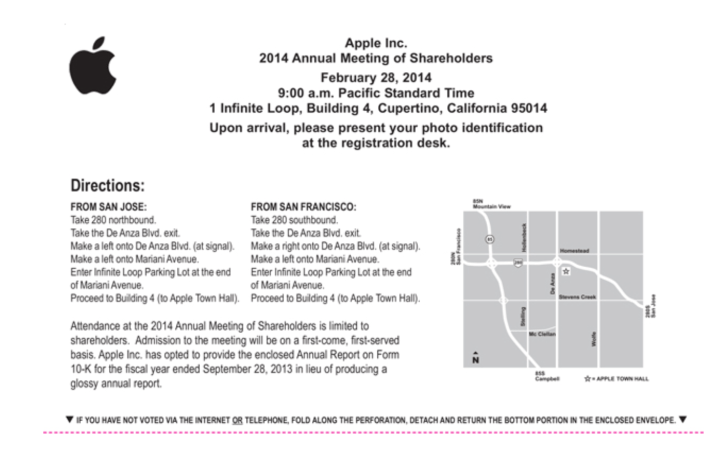 Apple today issued its Preliminary Proxy Statement via its Investor Relations website. As a publicly traded company, Apple issues this document annually, and it discusses pay packages for both executive team members and board members, company practices, and topics which shareholders will vote on at the upcoming shareholder meeting. Apple says that the next shareholder meeting will take place on February 28, 2014. Some interesting tidbits include that Apple’s board met seven times in 2013 with 75%+ attendance during each meeting. Additionally (to be voted on), a shareholder wants Apple to create a board committee related to human rights. Apple says that it is against this additional committee: