Aereo—the service that streams over-the-air local TV to any Mac, iOS device, or PC running Safari for $12 per month—just got a second chance at survival. According to The New York Times, a U.S. federal judge on Wednesday rejected a temporary injunction spurred by television broadcasters, saying a ruling for the broadcasters would have shut down Aereo.

Reuters reported that Walt Disney Co., Comcast Corp., News Corp., Univision Communications Inc., and the Public Broadcasting Service tried to stop Aereo with the injunction, claiming they would “lose their right to retransmission fees from cable and other companies that rebroadcast their programming, and also lose critical advertising revenue”:

The New York Times quoted Aereo’s Barry Diller, who noted a trial still lies ahead for his company, but he is now “far happier to begin this process with the judge’s ruling.” One of the plaintiffs, CBS, told the publication it would continue to seek damages and a permanent injunction: “This is only a ruling on a preliminary injunction. This case is not over by a long shot.”

9to5Mac reviewed Aereo in March and found its broadcast TV-like experience encouraging and well worth a test-drive: 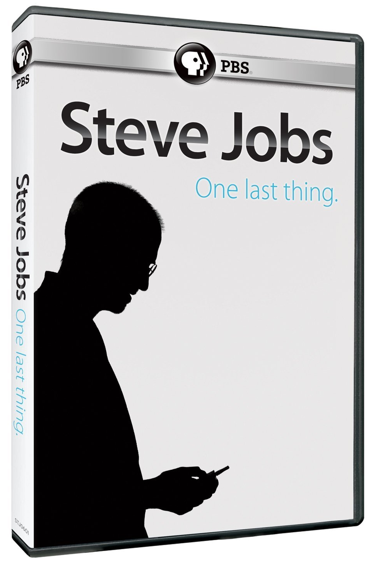 Originally aired on November 2, PBS is making their 60-minute “Steve Jobs– One Last Thing” documentary available on DVD starting today. Available on Amazon now for $22.15, the documentary includes a never-before-broadcast interview with Jobs from 1994, as well as interviews with a number of those who knew and worked with Jobs such as Steve Wozniak, Ronald Wayne, Ross Perot, and Dean Hovey.

Here’s an excerpt from the rare Jobs interview: END_OF_DOCUMENT_TOKEN_TO_BE_REPLACED

From the Series Machine That Changed the World, The Program Paperback Computer. Via Openvault.

Did AntiSec hackers get Apple?

We’ve heard a few reports in the past that Lulzsec hackers had broken into Apple. Now, however, the WSJ is reporting that the AntiSec hackers that have been joyriding around the internet using SQL injectors to steal username and password have hit Apple’s servers and taken usernames and passwords.

The hackers said in a statement posted to Twitter that they had accessed Apple’s systems due to a security flaw used in software used by the Cupertino, Calif.-based gadget maker and other companies. “But don’t worry,” the hackers said, “we are busy elsewhere.” A spokesman for Apple didn’t immediately respond to a request for comment. The posted information comes as part of a two-month campaign of digital heists targeting corporations including Sony Corp. and AT&T Inc., as well as government agencies such as the U.S. Senate, the Central Intelligence Agency and the Arizona Department of Public Safety.

Specifically, they say  they’ve got the username and passwords from this server:

While this looks to be a pretty harmless server with only local usernames, previous postings have claimed a much bigger bounty: END_OF_DOCUMENT_TOKEN_TO_BE_REPLACED