iPhone: How to scan QR codes with iOS 11

While QR codes haven’t taken off as some might’ve hoped or wanted, nonetheless they’re still somewhat present in the real world and aren’t completely dead.

END_OF_DOCUMENT_TOKEN_TO_BE_REPLACED

You may not be familiar with the name Scalado, but there is a good chance you have used one of its imagining technologies without even knowing it. The company’s photo applications helped power camera and image apps for over 10 years, and they are currently baked in to 1.5 billion phones (adding about 500 million mobile phones every year). Most recently, we revealed Scalado’s Rewind technology is integrated into BB10’s camera app, and Scalado is introducing its first iOS app today called “PhotoBeamer“, which we have tested over the past month. 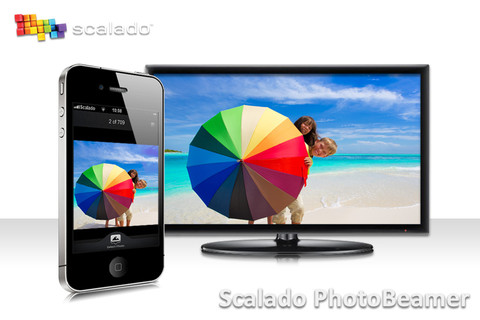 While it usually works directly with OEMs, the company recently released its first app directly to users late last month as an Android-only photo viewer called “Scalado Album“. The new iOS app, PhotoBeamer, serves to quickly and wirelessly display photos stored on your iOS device to any display with a web browser.

We already have a ton of third-party apps for transferring and viewing photos from iOS devices to a bigger screen. Even Apple’s own Photo Stream feature makes things easy for accessing photos on your other iOS devices and almost as easy on your Mac, and iPhoto’s beam feature allows for wireless sharing of images between iOS devices. Getting images to our other devices is not a problem, but PhotoBeamer’s zero-configuration, no registration, and extremely snappy, patented imaging tech might make it your go-to app.