Apple has announced on its website that its first retail store in Queens will open on Saturday 11th July at 1oam. We exclusively revealed that the store was on the way back in February, with the first construction shots seen later the same month and signage appearing in May. 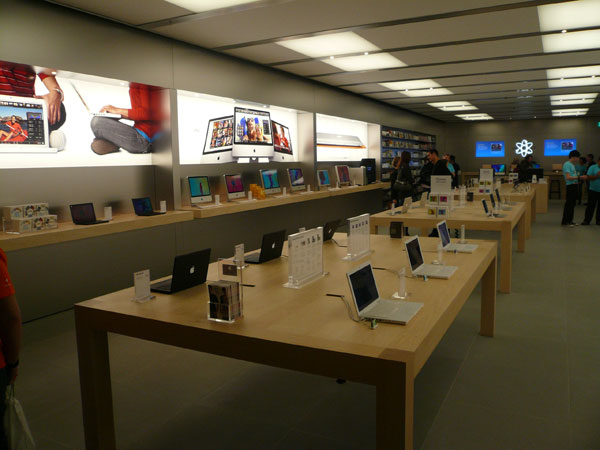 Apple currently has only one other Apple Store in New York City outside of Manhattan that is located in Staten Island. Things could change, however, according to a new report from NY Daily News that clamed retail developer Yeheskel Elia is working with Apple to bring an “iconic store” to Queens, New York. The specific location of the store would be Austin Street in Forest Hills.

Nothing is official because Elia and Apple are still working on more details. Elia said he would do anything to bring an Apple Store to the bustling area. If a deal is reached, Elia said a store could open in under a year. Several months ago, an Apple broker also reached out to Elia regarding the new store.

The deal would be a “kick in the pants” to the neighboring rival Brooklyn who, with borough president Marty Markowitz and local hipster legions, has campaigned nonstop for an Apple Store for years.

When NY Daily News reached out for comment from Apple, in a typical fashion they responded, Apple has “made no announcements” regarding a NYC store outside of Manhattan (sorry Staten Island).