Twitter has updated its app with support for iOS 9 features, following the release of iOS 9 earlier today.  The update adds multitasking support on iPad, so you can now browse Safari (or do anything really) whilst having Twitter docked in a side column.

More importantly, Twitter adds quick reply to mention notifications. This means you can reply from the tweet without having to enter the app, just like how quick replies with the iOS Messages app. This is a big boon for productivity. Activate quick replies by pulling down on the notification banner to reveal a text box. Type your reply in the message box and press Send — that’s it.

Before the launch of Apple Watch, Twitterrific for iPhone gained support for a Watch app that featured a variety of capabilities. Now, the company has updated its iPhone app and with it come new features for both the Watch and phone. Version 5.12 of Twitterrific adds support for Twitter’s new quoted tweets feature, which embeds the actual tweet instead of simply quoting it as text. To do a quote retweet with Twitterrific, simply tap and hold on the RT button. 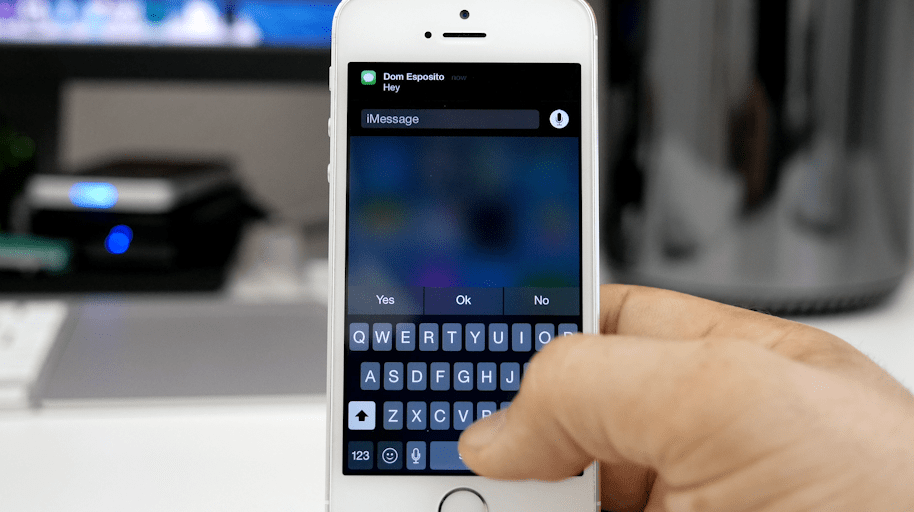 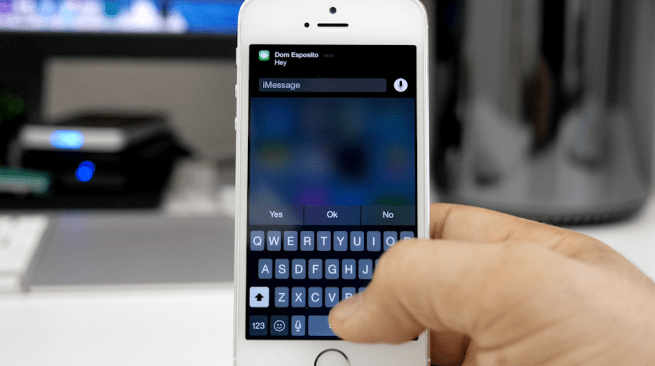 It’s been a long time coming, but Apple has finally implemented useful notification features in iOS 8. Interactive notifications are essentially Apple’s version of quick reply (or quick actions) that will be available for a wide variety of apps when iOS 8 is released. We’ve had some time to explore the beta version today and put together a quick video to show off iOS 8’s new notification features.

END_OF_DOCUMENT_TOKEN_TO_BE_REPLACED

Auki is a new jailbreak tweak from Surenix and Benno available for iOS 7. This tweak brings a native style quick reply feature to the Messages app. Along with that, Auki provides several other features including a “Silent Mode” that can be applied to individual contacts, similar to Tweetbot’s mute feature.

Today at Apple’s WWDC keynote, Apple took some time to announce some improvements to Notifications, as we expected. The majority of the improvements that Apple has demoed so far include new features for Notifications on the Mac coming in the just announced OS X Mavericks, such as quick replies, the ability to receive iOS push notifications, and lock screen access.

Apple showed off a new quick reply feature for Notifications on the Mac that will allow users to mouse over a notification and quickly reply from a dialog that pops depending on the app. Not only can you reply to messages to respond to FaceTime calls, for example, you will also be able to perform other actions with the quick reply Notifications such as quickly deleting emails.

Another feature that we saw today during Apple’s keynote is the ability to receive iOS push notifications right on your Mac for apps installed on your iPhone and iPad. These are a few of the updates we were expecting from Apple today, but Apple also showed off a redesigned Notification center for iOS including lock screen access and new tabs (pictured below).

Additionally, Apple showed off the ability to view Notifications directly from the lock screen in OS X Mavericks.

Update:  As we expected, Apple also announced that Notification Sync will be coming in iOS 7, but didn’t show off any specifics. END_OF_DOCUMENT_TOKEN_TO_BE_REPLACED