Quicken 2018 for macOS is out with updated billing features, three editions, and a new subscription plan available to Mac users. The latest version of the finance software starts with an enhanced bill management center.

END_OF_DOCUMENT_TOKEN_TO_BE_REPLACED

Quicken today took the wraps off of its 2017 lineup of offerings. The company notes that the 2017 offerings include a significantly more powerful mobile app, as well as a variety of new capabilities for the Mac app…

END_OF_DOCUMENT_TOKEN_TO_BE_REPLACED

Users of Intuit’s Mint Personal Finance app for iPhone will be seeing a workflow speed boost with the latest version. Finance data like recent transactions and used accounts, fee and high spending alerts, and budget information is now available for tracking faster in an added Updates section. You can see an example of the new view in the screenshot above.

The newly added Updates section follows previously added features including the ability to track your credit score for free without having to add a credit card as well as support for unlocking the app with your fingerprint using Touch ID for iOS 8 users with iPhone 5s, iPhone 6, and iPhone 6 Plus.

Intuit also released a redesigned Quicken 2015 for Mac earlier this year including sync support for the Quicken Money Management app for iPhone. You can view the latest change log for Mint below: 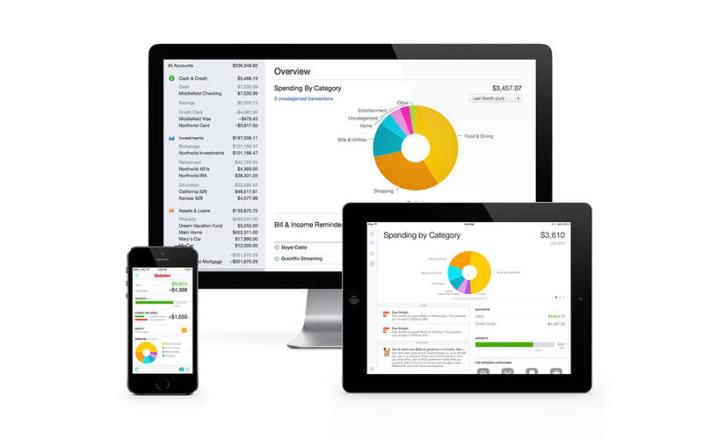 Intuit is out today with a new version of its personal finance app with the release of Quicken 2015 for Mac. The latest version of Quicken boasts an overhauled design to simplify the app as well as “new investment capabilities”, Intuit says. The new Mac version is accompanied by a sync compatible, updated Quicken Money Management app for iPhone which supports snapping and saving receipts as well as displaying charts on-the-go…

END_OF_DOCUMENT_TOKEN_TO_BE_REPLACED

As part of the Mac OS X 10.7.3 update released earlier this week, Security Update 2012-001 [release notes] for Snow Leopard broke compatibility with several Rosetta Power PC programs. The issue, as described on Tidbits, MacInTouch and on Apple Support Communities threads (here, here and here), causes some third-party programs to crash unexpectedly under Snow Leopard. This includes popular applications such as Quicken, Filemaker 7, Adobe Photoshop and Microsoft Office 2004 and X. There is a workaround solution that helps alleviate the issue, at least until Apple addresses it with another update, explained right after the break.

END_OF_DOCUMENT_TOKEN_TO_BE_REPLACED

Today, Mint.com launched its free iPad application, giving users a more interactive view of their finances. The app combines everything that users love about Mint.com’s online personal financial management tool with popular iPad capabilities, like: · Tapping charts to drill down on expenses · Pinching a timeline to see spending over time · Scrolling through […]