AT&T CEO Randall Stephenson is the latest to weigh in on the issue of data encryption policy with the executive telling The Wall Street Journal that Apple CEO Tim Cook and other tech execs should leave the decision making on encryption policy up to Congress:

…The AT&T chief said his own company has been unfairly singled out in the debate over access to data. “It is silliness to say there’s some kind of conspiracy between the U.S. government and AT&T,” he said, adding that the company turns over information only when accompanied by a warrant or court order.

That statement follows a meeting among Cook, other Silicon Valley executives and White House officials last week to discuss topics related to encryption policies and government access to data.

END_OF_DOCUMENT_TOKEN_TO_BE_REPLACED 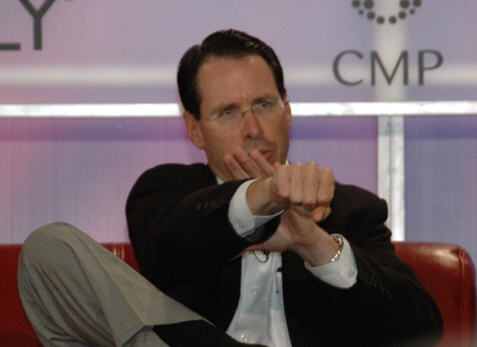 “This transaction is very instrumental” in improving network service, said Stephenson at the event. “Virtually on the day you close the deal, getting a 30 percent lift in capacity in New York City: that’s a significant improvement in call quality and data throughput.”

Other things that would have helped: Adding capacity at the same rate you were adding customers.