One 'Recovery disc' story May 2012
See All Stories 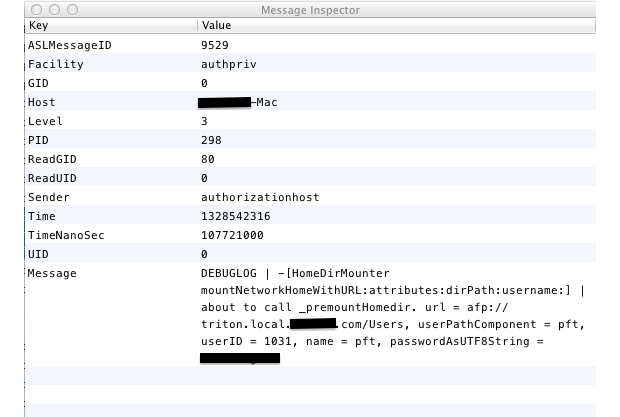 Security researcher David Emery (via ZDNET) claimed to have discovered a bug in Mac OS X 10.7.3 that stores login passwords in plain text. In a recent newsletter, he claimed someone—we are guessing an Apple programmer— mistakenly “turned on a debug switch (DEBUGLOG)” that stores the passwords in a system-wide debug log file. Emery explained folders encrypted with Apple’s “legacy” Filevault prior to upgrading to Lion are at risk:

…anyone who can read files accessible to group admin can discover the login passwords of any users of legacy (pre LION) Filevault home directories who have logged in since the upgrade to 10.7.3 in early February 2012… This is worse than it seems, since the log in question can also be read by booting the machine into firewire disk mode and reading it by opening the drive as a disk or by booting the new-with-LION recovery partition and using the available superuser shell to mount the main file system partition and read the file. This would allow someone to break into encrypted partitions on machines they did not have any idea of any login passwords for.

It would also allow them to access any content those usernames and passwords are meant to protect. Fortunately, the file with stored passwords is only kept for “several weeks” by default. However, it extends to Time Machine backups, because the log file is also backed-up in plain text. Emery said the best method to protect yourself until Apple fixes the issue is to simply use FileVault 2: END_OF_DOCUMENT_TOKEN_TO_BE_REPLACED