Jobs met with Lytro CEO Ren Ng in the summer of 2011, was shown a demo of the company’s Light Field camera and said that that he wanted the company to work with Apple …  END_OF_DOCUMENT_TOKEN_TO_BE_REPLACED 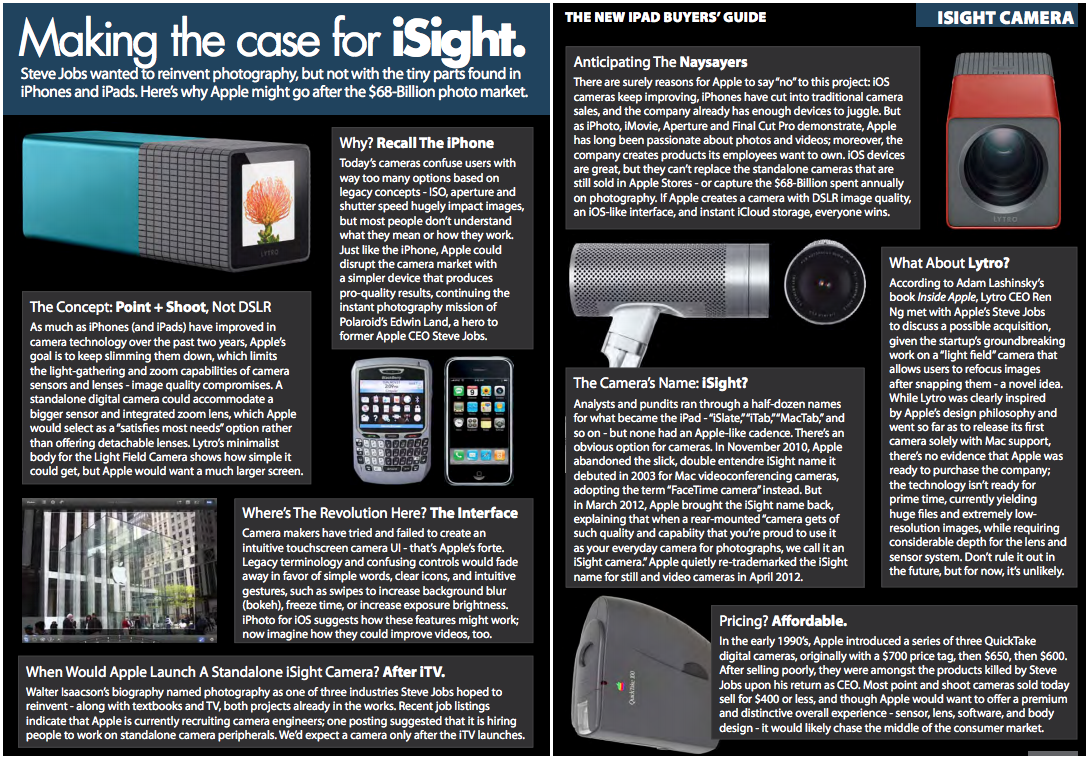 The New iPad Buyers’ Guide published by iLounge this week included a piece that speculated Apple might be working on a standalone camera product. While the story discussed the possibility of Apple working on a point-and-shoot iSight camera, iLounge clearly labeled it as speculation and simultaneously noted it received a tip claiming Apple is working on the project.

Take special note of pages 152 and 153—“Making the case for a standalone iSight Camera.” I’ll share more on this topic shortly, but for now, I’ll say that this two-page spread very nearly had a different title. We were tipped that this project is actually happening at Apple right now, but we didn’t feel confident enough in our source to call it a certainty; it’s therefore billed as speculation. Still, there’s enough smoke to make us think there’s a fire.

It did not feel strongly enough in the source to run the story, but Jeremy Horwitz of iLounge sent out a tweet today noting once again that Apple is working on a standalone camera: