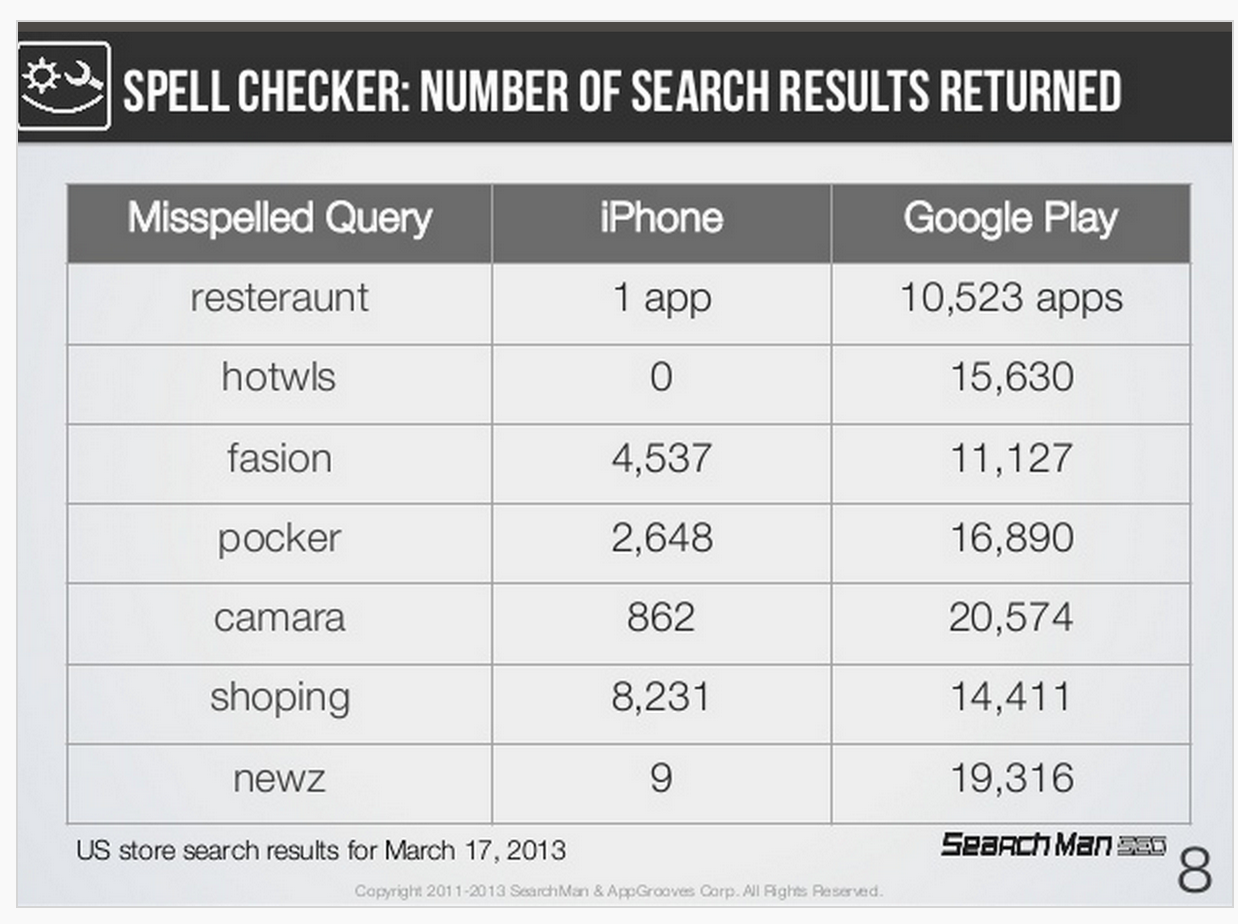 According to a report from TechCrunch, Apple has recently implemented updates to the App Store’s search engine allowing it to compensate for “misspelled queries with small typos” and provide more useful results. The update also reportedly extends to app titles that have spaces in the title:

For example, those looking for the highly ranked “QuizUp” game wouldn’t have found it before if they had typed in “Quiz Up” with a space. Now it appears.

The result will ultimately be better discoverability for apps in the App Store, especially for developers targeting keywords that are commonly misspelled. As noted by TechCrunch, it’s also something that has helped Google provide better results on its Play store (as highlighted in the graphic from SEO firm SearchMan above): END_OF_DOCUMENT_TOKEN_TO_BE_REPLACED