How much did your iPhone cost? If you said $199, $299 or even $399 you’re somewhere near $350 off. As some consciously forget, the carriers often shield the owner from the real total cost of the iPhone. That may not last.

iPhone sales could be hurt as carriers switch from so-called subsidized contracts, where customers pay only a fraction of the cost a new iPhone up-front, to deals where the true cost of the phone is more visible, argues a piece in the WSJ.

Many U.S. iPhone customers are not aware that the full cost of an iPhone ranges from $549 for a 16GB 5c to $849 for a 64GB 5s. The reason is that carriers have traditionally asked for only $0 to $200 up-front, hiding the balance of the cost in the monthly tariff. With carriers now switching to separate instalment costs for the phone, and the cost of upgrading every year or two more visible to consumers, analysts believe some will choose to upgrade less often …

END_OF_DOCUMENT_TOKEN_TO_BE_REPLACED 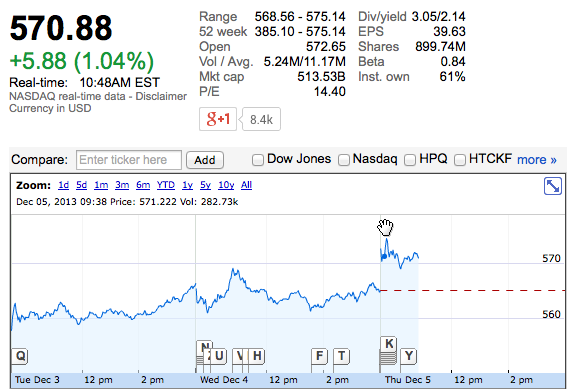 The Apple discussion boards are starting to heat up with an issue related to users not receiving emails from particular domains sent to their me.com/ .mac accounts. The problem appears to specifically related to RoadRunner and Comcast domains, and is affecting users across the U.S.

The issue is related to me.com accounts being unable to receive emails from rr.com and comcast.com domains. One user reports being unable to receive emails from “hawaii.rr.com”, while others report the same for “tampabay.rr.com”, and “rochester.rr.com”. It appears Apple’s servers aren’t playing nice with the domain, although some users report receiving emails up to 24 hours late, which would indicate the domain isn’t being blocked entirely. Emails forwarded from one account, such as an rr.com account, to a .me account are apparently not affected.  There are a few mentions of the same issue for emails sent from Comcast.net as well.

Just today my boss’s emails stopped showing up in my inbox – online, in Mail, or on my phone.  I am able to send files to him.  He is sending and receiving emails.  The problem seems to be entirely between hawaii.rr.com (his email, time warner/roadrunner) and my .me/.mac mail account (neither work).  I am able to use my gmail account and my .me/.mac account just fine together.

At this point the problem seems to be inconsistent, but impacting a lot of users across the country nonetheless. Users in the Apple Support Communities report that Comcast claims it’s a “a .mac problem”, while one poster says rr.com has forwarded the issue to their engineering team. Most seem to believe it’s an issue on Apple’s end. We’ll keep you posted when Apple addresses the problem. END_OF_DOCUMENT_TOKEN_TO_BE_REPLACED 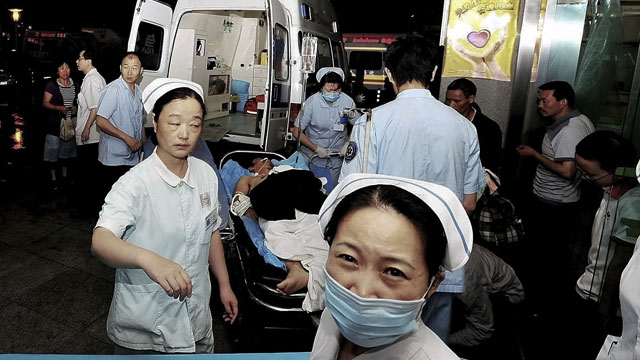 According to the WSJ, Foxconn has suspended production across many of its plants in China for two days while the government investigates the explosion that killed three people and injured many more.

Hon Hai Precision Industry Co., a Taiwan-based company better known by the trade name Foxconn that operates dozens of factories across China, said it closed all of its workshops that handle polishing for electronic parts and products pending further inspections.

At issue appears to be the flammable aluminum dust that comes from polishing parts like the iPad 2’s aluminum back.  A student group out of Hong Kong called Sacom published a report on the dangers of flammable airborne aluminum dust in a report on May 6, saying workers complained about inhaling the dust and about poor ventilation. It isn’t clear whether the workshops referred to in Sacom’s report include the site of the accident.

The news is another setback for Foxconn, which is barely past a recent outbreak of public suicides.

Should the Chengdu production capacity not be restored anytime soon, Hon Hai may have to hire more expensive labor in Shenzhen, said Arthur Hsieh, an analyst at UBS.

While Foxconn has dominated the contract manufacturing industry until now, analysts say Hon Hai competitors like Singapore’s Flextronics Inc. and Taiwan’s Quanta Computer Inc. could try to woo some of its customers, including Apple.

The prospective plant closures and their affect on Apple’s iPad were assessed by Digitimes earlier today.  END_OF_DOCUMENT_TOKEN_TO_BE_REPLACED