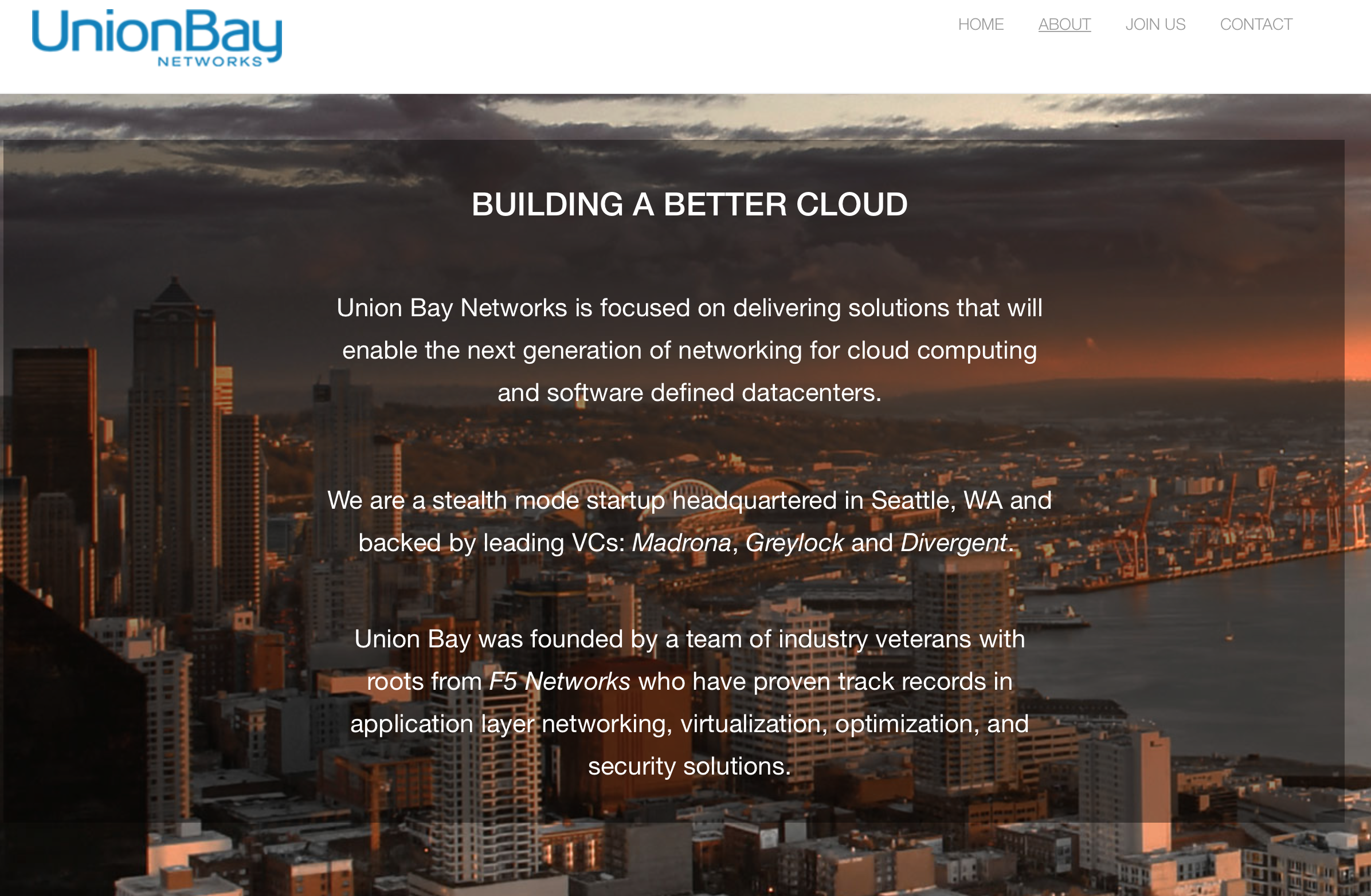 Apple confirmed today that it has acquired cloud networking startup Union Bay Networks and will open a software engineering office in the company’s home town of Seattle. This will be Apple’s first time venturing into the city, though many other tech companies have already established offices in the area.

The first hints that an acquisition may have taken place came when GeekWire noticed that Union Bay’s co-founder Benn Bollay now lists himself as a manager at Apple on LinkedIn and seems to be attempting to recruit new workers in the area to the Cupertino tech giant. Bollay also wrote a post titled “Ever wanted to work at Apple, but didn’t want to live in Cupertino?” and removed it shortly thereafter.