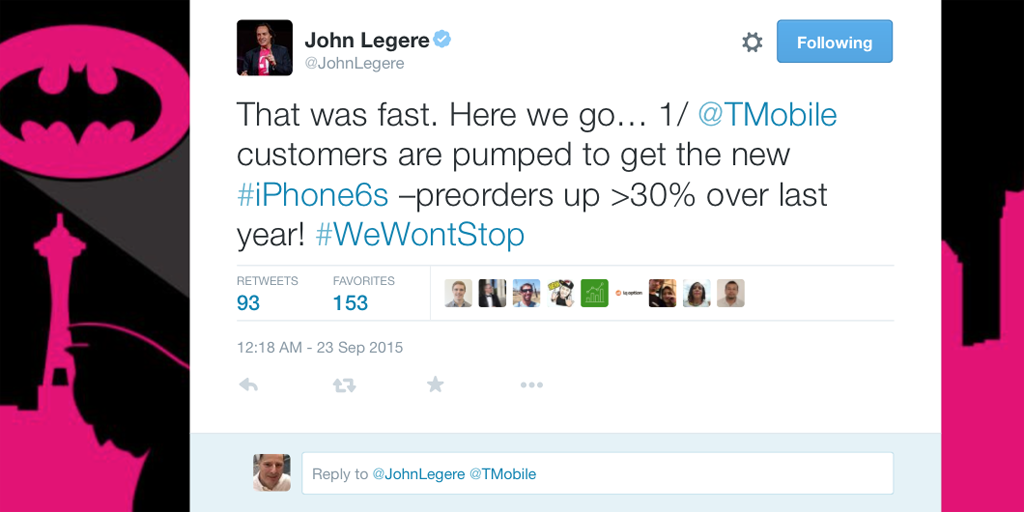 T-Mobile CEO John Legere has tweeted that iPhone 6s preorders are more than 30% higher than those of the iPhone 6 last year. While there have been a number of clues that the iPhone 6s launch was going to be big, this is the first sign of any hard data.

Apple said a week ago that it was ‘on pace’ to beat last year’s opening weekend record of 10M sales, Phil Schiller later adding that customer response had been “incredibly positive.” We’ve also seen that the first batch of both 6s and 6s Plus are sold out worldwide for delivery by Friday …  END_OF_DOCUMENT_TOKEN_TO_BE_REPLACED