Yesterday’s victory in the ITC courts may have seemed like good news for Apple in giving it the upper hand against its Android carrying foe.  But, even if the ITC courts hold up the ruling on Apple’s two broad ranging patents from the mid-90s,

..it likely won’t be able to stop HTC from selling its popular Android line in the US.  HTC has a recently acquired ‘Ace in the Hole’… END_OF_DOCUMENT_TOKEN_TO_BE_REPLACED 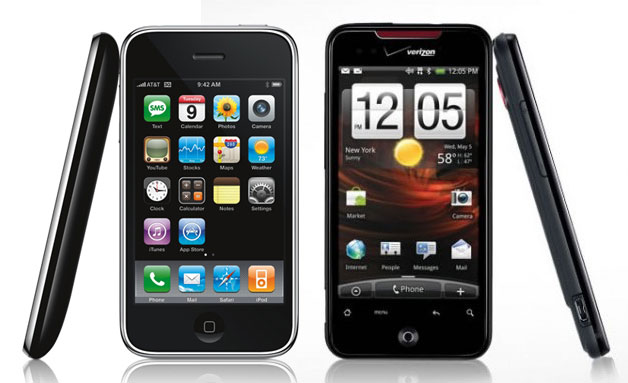 CNET reports that the International Trade Commission has officially ruled that phone maker HTC has violated two of Apple’s patents related to iPhone technologies. This blow to HTC opens the door to a potential ban on imports of HTC products into the United States. Apple initially filed 10 patent violations against HTC, but increased that amount by five earlier this week. HTC obviously does not agree with the ITC ruling and provided the following statement:

HTC will vigorously fight these two remaining patents through an appeal before the ITC commissioners who make the final decision,” said Grace Lei, general counsel for HTC. “This is only one step of many in these legal proceedings.

As we know, Apple and Samsung (and Motorola too) are currently in a similar situation with Apple claiming multiple patent violations against the company. The twist in the Apple and Samsung case is that Samsung is counter-suing by claiming that Apple is violating Samsung’s patents.

There are only a few possibile endings if Apple wins HTC case. Either the two companies settle (with Apple taking home some more of HTC’s money – Microsoft already takes $5/phone and Oracle is looking for some more) or HTC stops selling Android devices. In all likelihood, if the ITC does not agree with HTC’s appeal, the two technology heavy weights will work out some settlement.  Cha Ching!

More on the patents below: