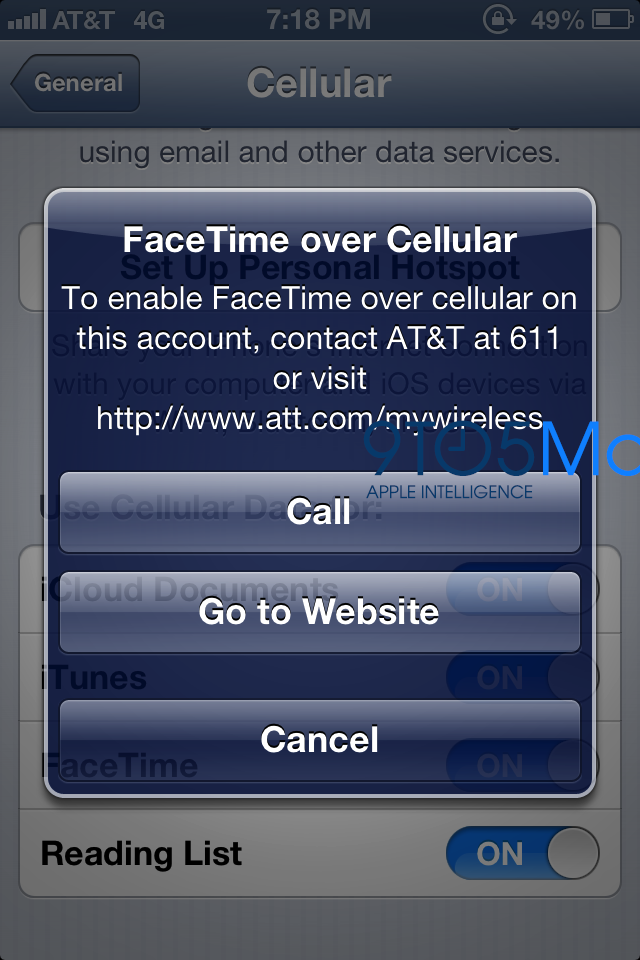 Last month, we broke the news that there were clear signs AT&T was at least laying the groundwork for charging an additional fee for FaceTime over its network. You really do not need any more evidence than the screenshot above, but AT&T’s CEO went on record refusing to deny the plans.

That might not be such a smart move, however. Already, U.S. Senators, like Al Franken, do not seem to cool with the idea, with the former comedian from Minnesota saying in an interview with Nilay Patel of The Verge:

“That’s wrong,” he quickly replied when told of rumors that claim Ma Bell may place a premium on Apple’s video chat technology when iOS 6 launches this fall. “Because that’s not the architecture we’ve had.”