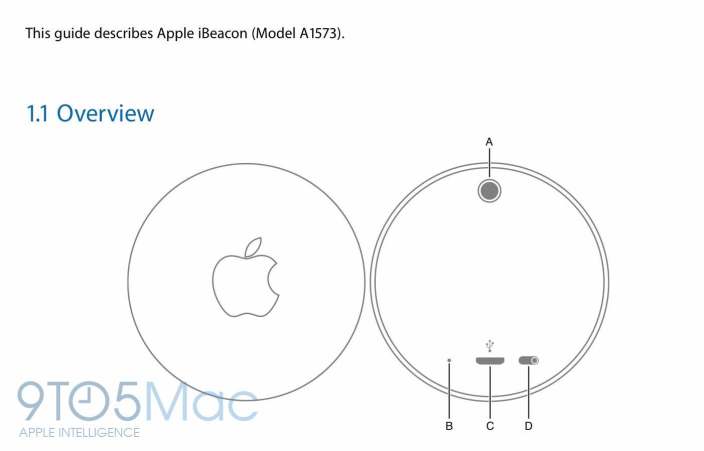 Way back in July, Apple registered FCC certification for a new piece of iBeacon Bluetooth hardware. Naturally, 9to5Mac covered the release of wireless certification documents for the hardware. It was unclear by those filings the nature of the product, whether it was targeted at use in Apple Stores, some form of developer testing equipment or something else entirely. The product was never made publicly available for purchase, for unknown reasons.

However, time has elapsed such that the rest of Apple’s submitted documents are now available to the public. Vitally, this includes a user manual which immediately signals that this iBeacon hardware was meant for developers, presumably to test iBeacon integration in their own apps. It’s unclear, though, if this is meant to be used ‘in the wild’. Read on for an exposition on the workings of this mysterious device.