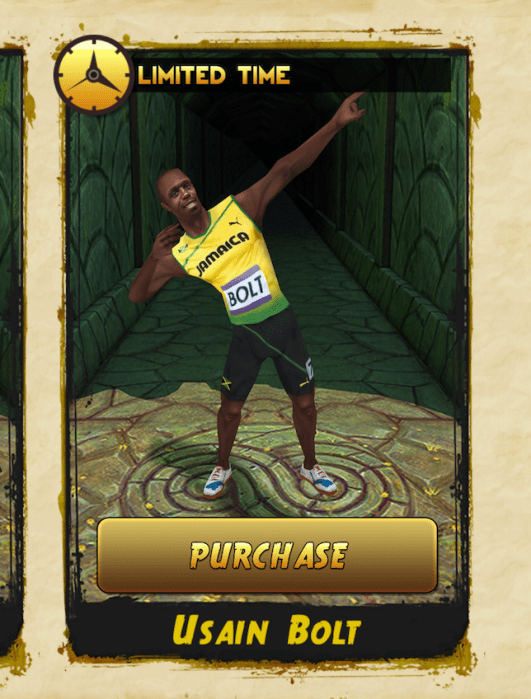 Celebrity endorsements can be cheesy, but this is a well-themed tie-in to the popular franchise. For a limited time, you can buy Usain Bolt as a playable character. Each character in Temple Run have different special abilities and Bolt is no exception. Bolt has a shield, providing invincibility for a short time as well as attracting coins, like a magnet. Imangi, the game’s developers, has warned that this is a limited-time promotion so eager fans should not wait if they want to play as an Olympian in the game.

Temple Run 2 is free; Usain Bolt is available, for a limited time, as an in-app purchase for 99cents.

Shout out to my Neff @usainBolt bout to be Olympic time!! Quic. Fast. Dash! http://t.co/Og6mZQUQ

We already had some app news today with the release of Gameloft’s official The Dark Knight Rises iOS game/movie tie-in, but the rest of the notable apps and updates hitting App Stores worldwide are below:

Bolt!: The free game, featuring the World’s Fastest Man and Jamaican track star Usain Bolt, was released by Rock Live a couple of days ago, but it is getting a ton of attention for its addictive gameplay. You might notice a few celebs playing this one (as you can see in the tweets above), and Mike Tyson is even accepting challenges. An iPad version is coming soon.

PDF Expert version 4.1: The iPad version of Readdle’s PDF Expert app was updated today to version 4.1 with a number of new features including:

– AutoSync for Dropbox and other storages

Vyclone: Released as a free iPhone app on the App Store today, Vyclone takes video shots on several iPhones and stitches it together into the perfect video clip with multiple viewing angles. You can also take all the raw footage and make your own cuts.