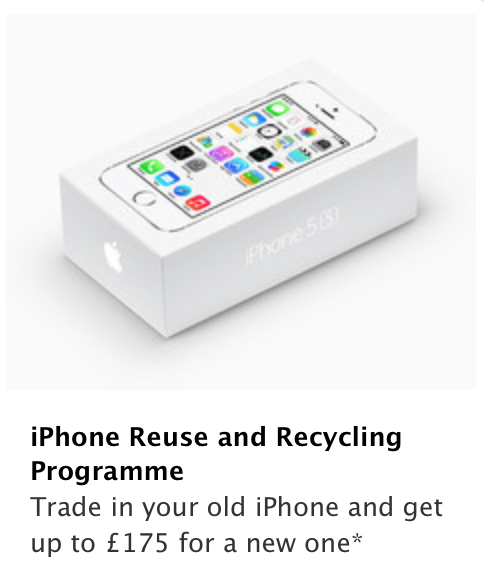 You may recall we broke the story that Apple’s iPhone trade program, launched in the U.S. in August, was coming to the UK. It’s now launched – but you may not want to use it.

Apple says it will offer up to £175 for iPhone models in its UK stores. Apple offers up to $250 in its U.S.-based locations. The program allows a customer with an iPhone 3G or newer to receive a gift card with the trade-in-value for use towards a new iPhone. The new device must be activated in-store.

An online version, based on a different recycling firm, launched in the UK last year.

But for those who really don’t want the hassle of dealing with private sales, it’s at least an option to make that shiny new iPhone 5s a little cheaper …