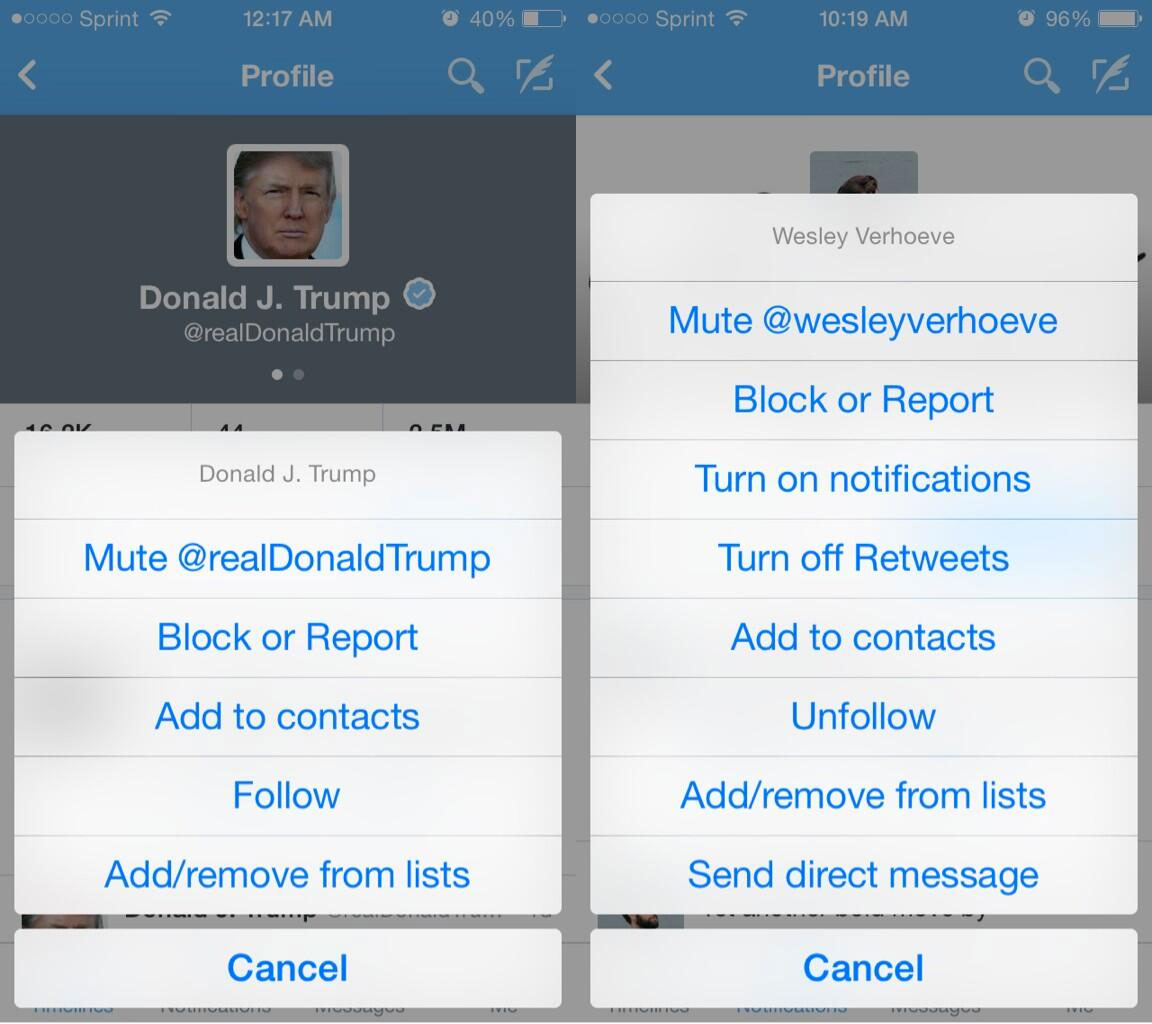 After a limited test period, Twitter has officially begun rolling out mute functionality to its iOS, Android, and Web applications. The mute feature allows users to block out Tweets and Retweets from individual people in their timelines without actually unfollowing those users.

In the same way you can turn on device notifications so you never miss a Tweet from your favorite users, you can now mute users you’d like to hear from less. Muting a user on Twitter means their Tweets and Retweets will no longer be visible in your home timeline, and you will no longer receive push or SMS notifications from that user. The muted user will still be able to fave, reply to, and retweet your Tweets; you just won’t see any of that activity in your timeline. The muted user will not know that you’ve muted them, and of course you can unmute at any time. To mute a user from a Tweet on your iOS or Android device or on Twitter for web tap more and then mute @username. To mute someone from their profile page, tap the gear icon on the page and choose mute @username.

It appears the feature is rolling out over-the-air, so an update from the App Store or Google Play is unlikely to be required at this time. The feature will roll out to all users over the coming weeks, according to Twitter.

In other Twitter news, the social network has brought some new features to the iPad:

END_OF_DOCUMENT_TOKEN_TO_BE_REPLACED

Starbucks has quickly pushed a bug fix update for its app to the store to help address the security flaws found in its iPhone application earlier this week. Researchers originally found that the app stored passwords in plain text. Earlier, Starbucks’ CIO promised in an open letter that an update would follow in response to these findings.