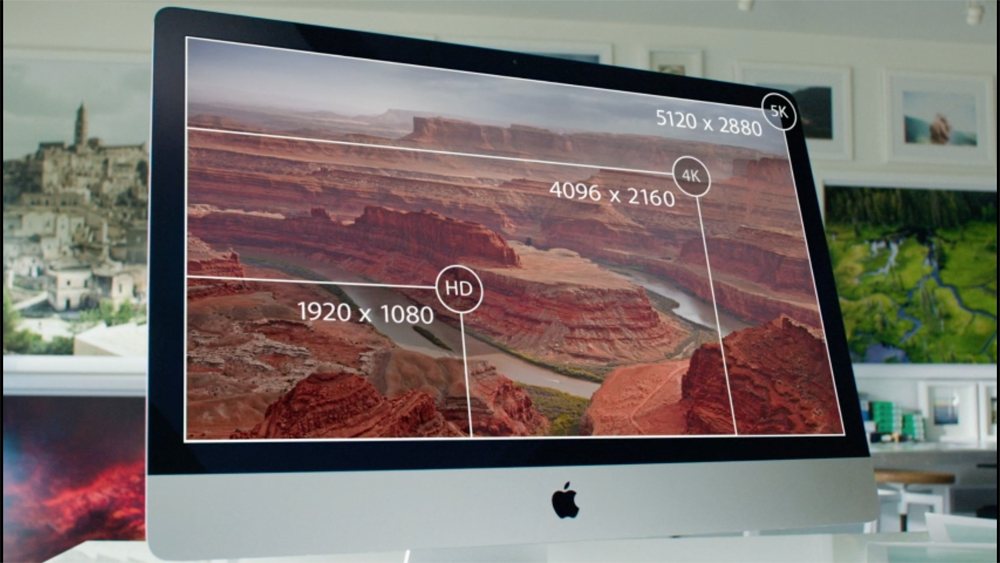 The Video Electronics Standards Association (VESA) announced today that it’s introducing the latest DisplayPort technology that brings support for upcoming 5K monitors and more. DisplayPort 1.3 for audio and video increases the standard to a maximum link bandwidth of 32.4 Gbps and as a result supports 5K displays with resolutions of 5120 x 2880 on a single cable without compression methods. In addition, users will notice enhanced performance for 4K displays in multi-monitor setups over a single DisplayPort connection: END_OF_DOCUMENT_TOKEN_TO_BE_REPLACED

When Apple first introduced its new iMacs that began shipping to customers in November and December of last year, it confirmed the new models would not include support for VESA mounts like earlier models. Users of previous generation iMacs were able to buy and install a mount using the Video Electronics Standards Association standard to attach the product to a wall or other surface. It looks like Apple has now finally come up with a solution for the new super-slim iMacs by offering a $40 built-to-order option that will replace the iMac’s stand with a built-in VESA mount adapter.

The iMac with Built-in VESA Mount Adapter is ready to pair with your favorite VESA-compatible wall mount, desk mount, or articulating arm(sold separately). This iMac doesn’t include a stand, so a mount is required. If you don’t already have a mount, you can purchase one when you configure your iMac.

iFun pointed us to the listing on Apple.com where Apple now lets you select all four models of the new iMac with the built-in mount. The option will run users an extra $40 on top of the regular iMac pricing, making the entry-level 21.5-inch model start at $1,339.

Apple noted that it isn’t including its traditional iMac stand with these models, and users will have to purchase a desk or wall mount separately.

The VESA iMacs are now shipping in 7 to 10 days in the U.S. (compared to ‘within 24 hours’ for the other models) and seem to be available on Apple Stores worldwide wherever iMacs are currently sold.