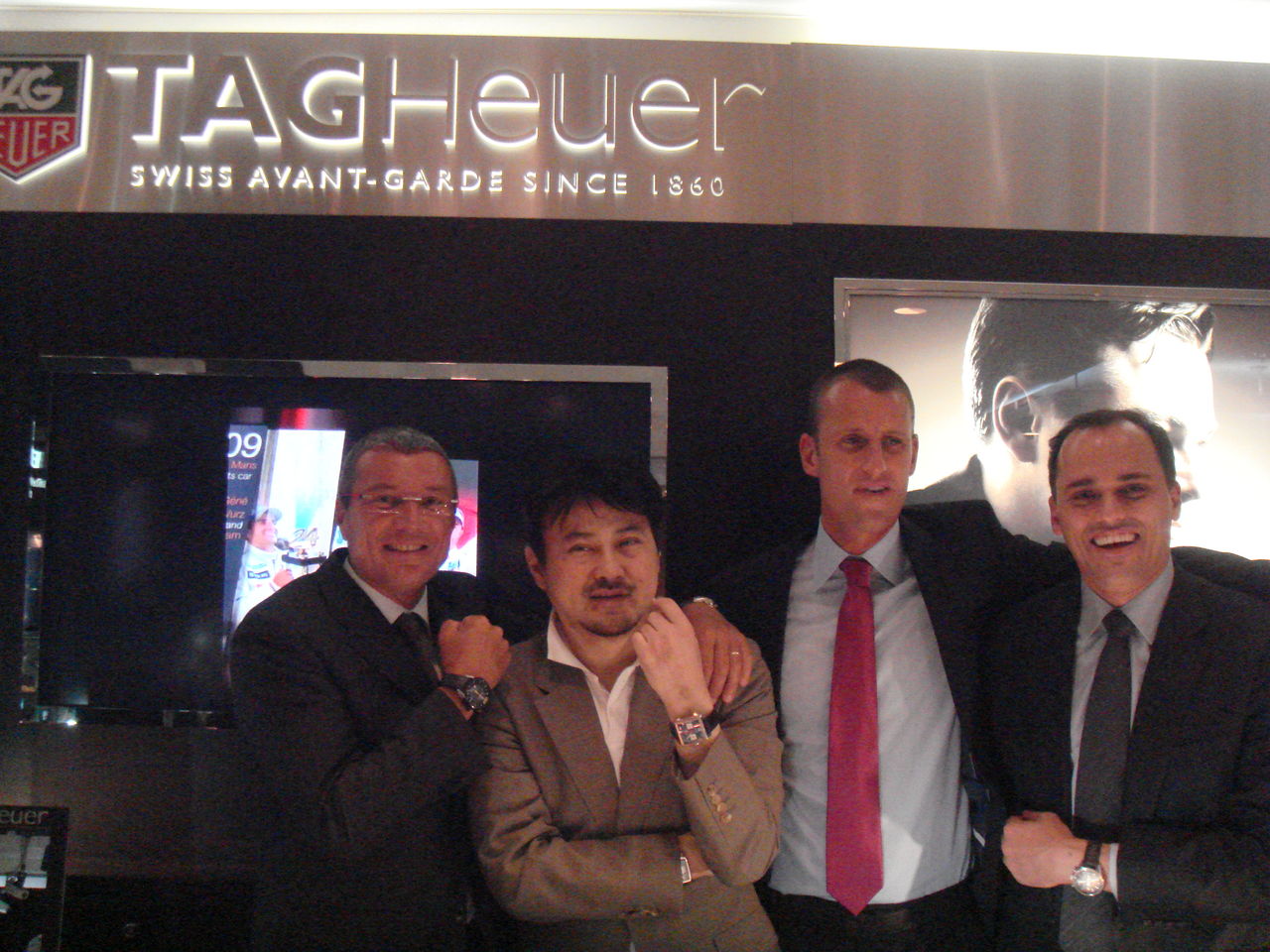 Earlier today, the CEO of Tag Heuer revealed to CNBC that Apple has hired one of the watch-makers sales directors. However, the company did not announce the name of this “director” or the person’s exact position. A source directly familiar with the Apple hire confirmed that the Cupertino-based company hired Patrick Pruniaux late last month. Pruniaux is not just any “Sales Director:” he was the Vice President of Sales and Retail, a major loss for Tag Heuer and a significant hire for Apple in the run up the launch of the Apple smart watch in October. Pruniaux is pictured in the photo above (second person from the right), and his LinkedIn profile reveals his impressive work in jewelry and watch marketing: