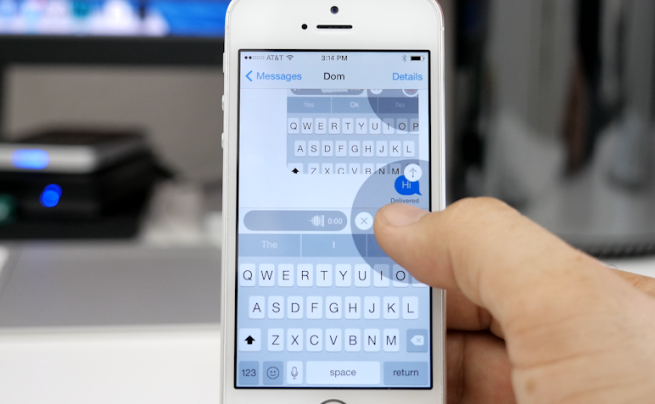 At first glance, you may not notice anything different about the Messages app in iOS 8, but there is definitely a lot more going on when compared to iOS 7. Within the Messages app, Apple added several features including Tap to Talk which allows you to quickly record an audio/video message to send and playback inline within the app and the ability to quick reply to incoming messges.

Along with that, there’s a new Details tab that contains several useful features like an attachment gallery, Do Not Disturb (per message thread), and location sharing abilities. Check out our hands-on video with the new Messages app to get a first look at all of new feature you can expect when iOS 8 is released later this year.