iOS has seen its fair share of new email applications over the past few years. Most notably, Mailbox found itself overly popular and was eventually acquired by Dropbox. Now, a new mail app called Ping will take email another step forward by bringing in new features that are, by far, revolutionary.

The most notable feature is the iMessage-like responses: if you are emailing with another Ping user, it turns your email into a chat where each user can see when the other is typing and emails appear instantly.

The app also allows you to set custom notifications per contact, so you can know if you really need to dig into your mail app and respond quickly.

Ping will be launching September 18th, but you can reserve your spot today at PingApp.com. I’m betting this app will be much more successful than Apple’s Ping social network…

Ping reimagines email from the inside out with the following capabilities:

And, for the utility-minded, Ping offers:

By supporting real-time messaging, document and photo sharing, voice and video calls, and more, Ping brings it all together, eliminating the need to use multiple apps to stay in touch. Ping syncs with desktop emails so chats, documents and media are stored right in your cloud, not in a separate app that wipes out your history when you stop using it. Ping solves the fragmentation issues associated with many messaging apps because it’s an open platform and is not limited to communication within the app itself. 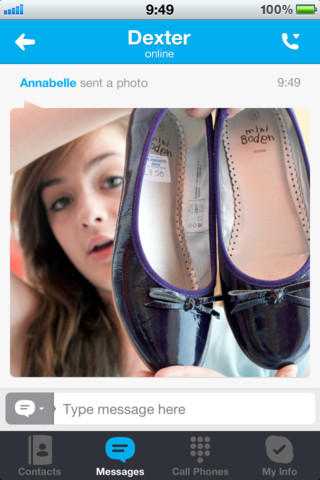 Skype version 4.1: Both Skype’s iPhone and iPad apps were updated today with the ability to send and receive photos (with no file size limit) in addition to a number of other enhancements. Also present is updated privacy settings, a fix for issues related to Bluetooth and calls, and “Minor visual improvements across the app.” Skype also explained how it’s made the app “less battery hungry” and improved overall performance:

We’ve also improved the overall performance of Skype’s mobile apps. We’ve made them less battery hungry when running in the background, so you’ll now be able to answer Skype calls throughout the day when they come in. And, as you’ll be able to keep Skype open, you can respond to or send IMs to friends and colleagues all day long. In addition, we’ve tried to make the app start and contact list load even faster, so you can do all the things you love to do with Skype more quickly.

ooVoo Video Chat version 1.2.0: The free 12-way HD video chat app was updated today with a bunch of notable features including 4 pane video chat support on iPhone 4S, push notifications for chat messages and incoming video, and much more. You can also now send chat messages during a video call, start chats from the IM tab, and view a history of past text and video chats.

Plants Vs. Zombies Sequel: PopCap has confirmed it is working on a sequel to the extremely popular Plants Vs. Zombies title slated to launch sometime in late spring 2013. With the success of its iOS version of the first title, there is no doubt part two will be landing on iPhones and iPads when it arrives next year. We don’t have many details yet, but PopCap said the game will include “a bevy of new features, settings, and situations, designed to delight the franchise’s tens of millions of fans around the world.” We are also promised “hordes of new plant and zombie types.”

“Spring is crullest curlie ungood time, and plantz grow dull roots,” noted an unidentified spokesperson. “So, we are meating you for brainz at yore house. No worry to skedule schedlue plan… we’re freee anytime. We’ll find you.” END_OF_DOCUMENT_TOKEN_TO_BE_REPLACED 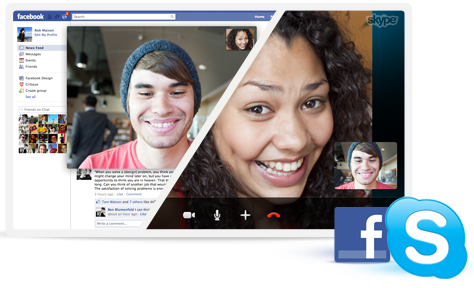 Skype announced in a blog post today a new version of its desktop client that supports Facebook0-to-Facebook video calls and other enhancements such as smoother video rendering on the Mac platform and group screen sharing for Windows users with a Premium subscription, which is currently available for Mac users. Users who are chatting one-on-one will also be able to screen share with live video streaming.

The Facebook video calling is obviously the most interesting feature. You could previously see your Facebook friends’ social feed, like posts and update your Facebook status from within the Skype app and now you can call them in-app:

Initiating a Facebook-to-Facebook call from within Skype is quite easy; all you need to do is connect your Skype and Facebook accounts. Then, select a Facebook friend and hit the video call button in Skype- your friend simply picks up the call from Facebook.

If Skype weren’t such a unwieldy app, we’d be tempted to consider it as a replacement for Facebook clients. To get the aforementioned features, download Skype 5.4 Beta for Mac or Skype 5.7 Beta for Windows.

END_OF_DOCUMENT_TOKEN_TO_BE_REPLACED

We’re not exactly sure what’s going on here, but Skype apparently posted a promotional video for an official iPad application this morning. The video has been deleted (if it ever existed) but it looks like the real thing, based on a purported  re-upload by RazorianFly. If legit, Skype for iPad looks amazing, has video calling, 3G and WiFi support, and an easy to navigate interface with animations and clean graphics. Real or fake?

Try your luck below…