One 'visual light communication' story May 2014
See All Stories 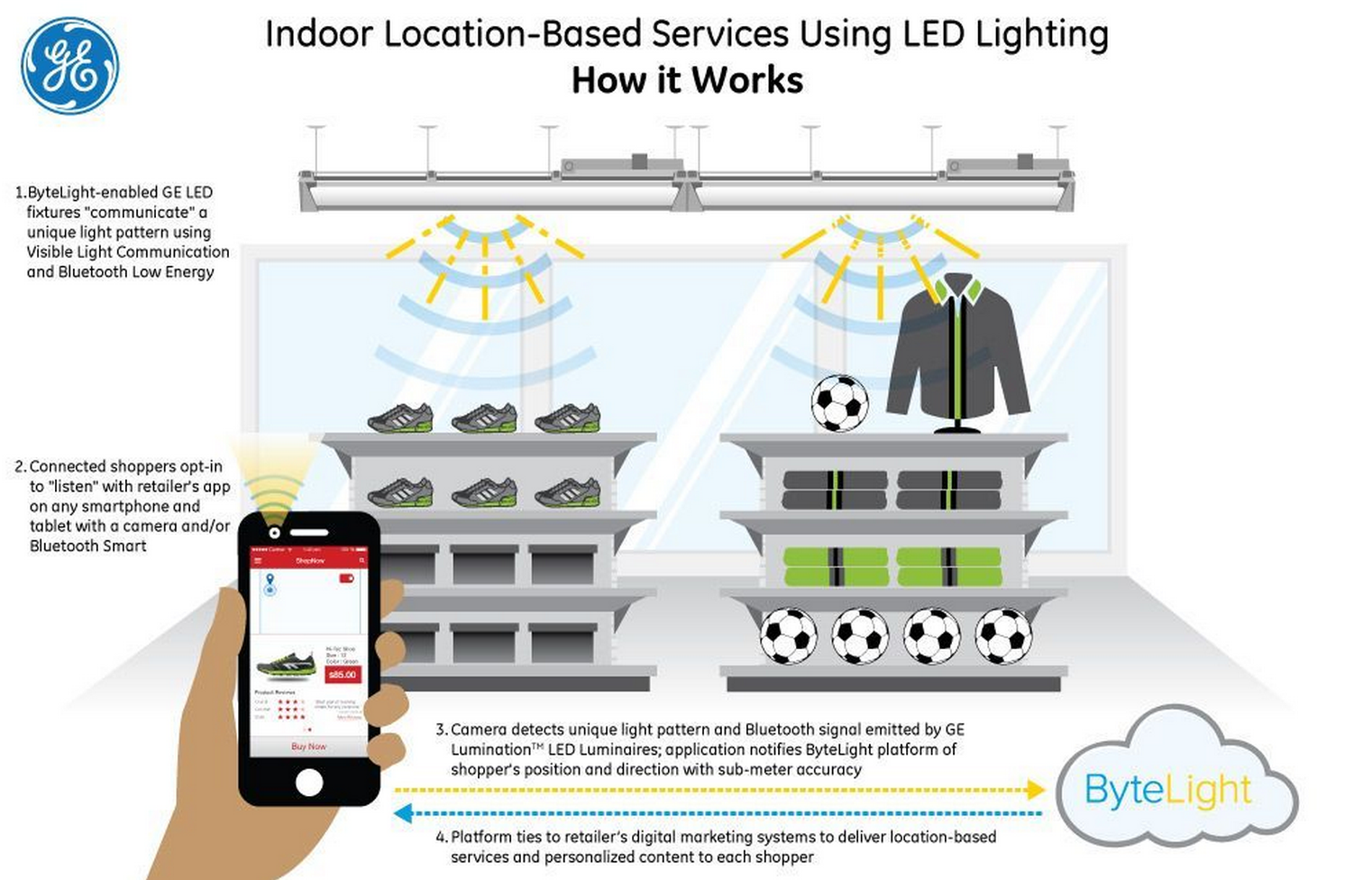 Up until now most retailers have been deploying Apple’s iBeacon technology by purchasing small standalone Bluetooth beacons or using iPad terminals that act as beacons. Now, GE is introducing its next-generation LED light fixture that packs in a combo Bluetooth LE/Visual Light Communication chip for iBeacon functionality allowing retailers to cut costs and avoid purchasing standalone beacons from a company like Estimote. It’s already got one massive customer about to roll out the iBeacon lighting fixtures: Walmart announced back in April (before iBeacon support was announced) that it plans to roll out these same new GE lighting fixtures to stores worldwide as part of its switch to LED. END_OF_DOCUMENT_TOKEN_TO_BE_REPLACED