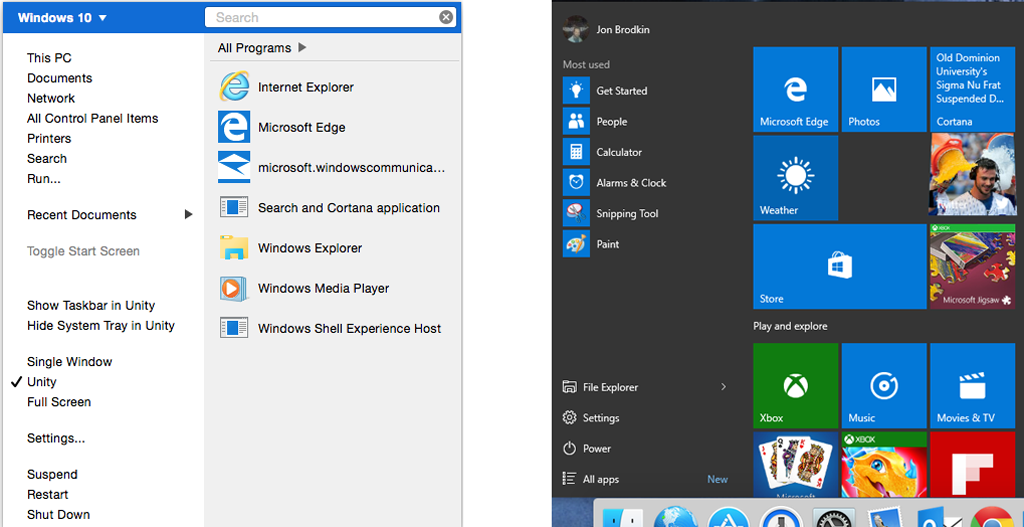 Fusion was today updated to version 8, with performance improvements as well as Windows 10 compatibility, but the company has confirmed a bug identified by ArsTechnica in which the Windows Start screen is sometimes unavailable (above left) and at other times has the search bar covered by the Mac’s dock (above right). When unavailable, the Toggle Start Screen option is greyed-out …  END_OF_DOCUMENT_TOKEN_TO_BE_REPLACED