Apple rejected this app because it is too much like Siri

The last we heard, Apple was working with developers of Siri alternatives such as True Knowledge, the developers behind “Evi,” to iron out similarities between the app and the iPhone 4S‘s flagship feature. Apple is quick to warn developers who are submitting Siri-like apps not to mimic native features of the OS. Apple wants an app’s features to remain “distinctly different from the iOS behaviors and interfaces to avoid causing user confusion.” Developer Sparkling Apps reached out to let us know Apple rejected its latest app submission called “Voice Answer,” with Apple telling the developer the Wolfram Alpha-powered alternative is “too similar to Siri.” 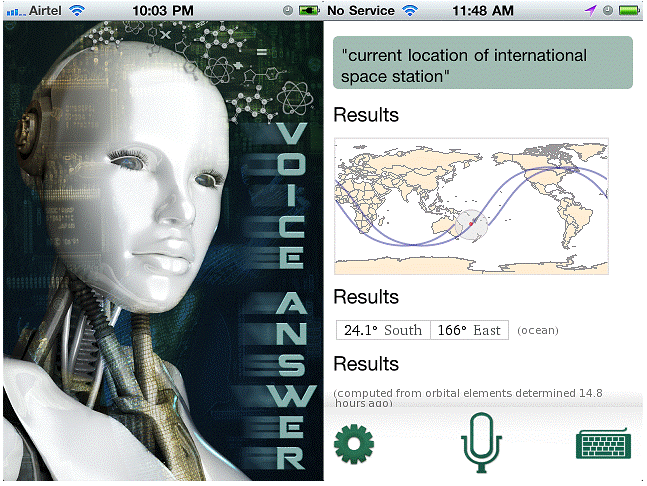 Apple is not flat-out rejecting all Siri alternatives/competitors. Sparkling Apps already has an app called “Voice Ask” on the App Store that sits in the top charts of the Reference category. Evi remains on the App Store as well. However, the Voice Ask app employs the same True Knowledge database as Evi. While Apple did not offer a specific reason for why the app was rejected, it is possible that Apple is more inclined to reject Siri-like apps using Siri’s Wolfram Alpha knowledge base. Unsurprisingly, the developers decided to release Voice Answer as an Android-only app on Google Play. So why would you want a third-party Siri alternative anyway? There are a few features an app like Voice Answer, if Apple were to allow it, would provide that Siri does not.

First off, the app would run on all devices with iOS 4.2 and up. It also provides spoken answers, optional keyboard input, and configurable items stored in the app’s memory. According to the developer, Voice Answer’s “speech recognition works better than that of Siri, especially with foreign accents,” and the app includes a chatbot called “Eve” that you can teach answers. While most of these features are also baked into Evi, it is unclear exactly why Apple is working with some developers to coexist peacefully with Siri, and then flat-out rejecting others without discussion. It is clear that iOS users are interested in these apps. With the 99-cent-Evi sitting around 200,000 downloads shortly after release, and Siri currently limited to only the iPhone 4S, there is definitely a market for voice-powered assistants if Apple allows it. However, Apple’s reasoning is vague for allowing some Siri competitors and rejecting others. An excerpt from Apple’s rejection to Sparkling Apps and screenshots of the unreleased Voice Answer iOS app are below. Unfortunately, if you want to try the app, you will have to on an Android device for the time being: