NVIDIA graphics chip promises four times the speed, but not until 2016 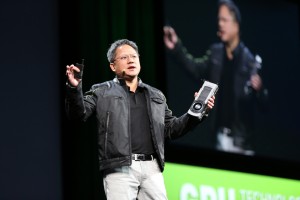 NVIDIA has announced its latest GPU, Volta, that promises 1Tb/s of memory bandwidth—almost four times the speed offered by its current top-of-the-range Titan GPU. However, don’t expect to see the chip appear in a Mac near you until 2016.

Reporting from the GPU Technology Conference in San José, Forbes explained the speed of the chip would enable it to process all the video on a full Blu-ray disc in just 1/50th of a second.

Volta is going to solve one of the biggest challenges facing GPUs today, which is access to memory bandwidth. We never seem to have enough! This is unbelievable stuff.

The speed is made possible by stacking DRAM layers on a single chip and drilling holes through the silicon to connect them. This far ahead, the company has sensibly avoided committing itself to either a price or a more specific release date.