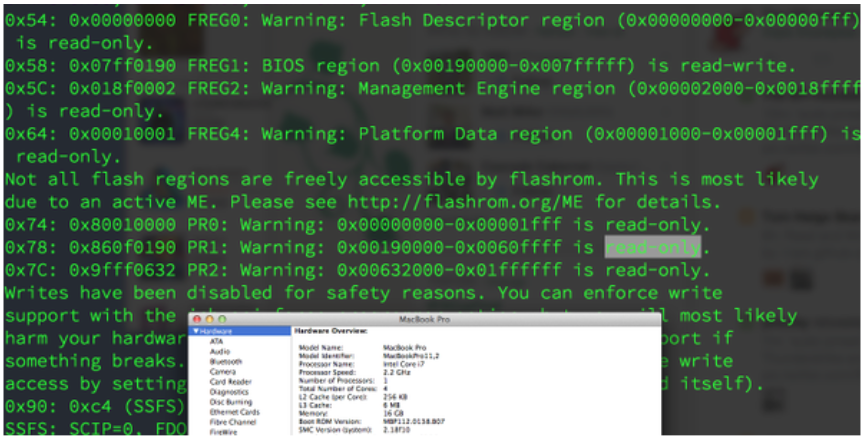 A serious vulnerability in Macs more than a year old would allow an attacker to take permanent control of the machine, retaining control even if the user reinstals OS X or reformats the drive.

The vulnerability was discovered by security researcher Pedro Vilaca, who found a way to reflash the BIOS – code stored in flash memory, not on the drive. This means that the machine remains compromised even if the hard drive is physically replaced …  END_OF_DOCUMENT_TOKEN_TO_BE_REPLACED

A former NSA staffer says that the OS X 10.10.3 update which Apple claims fixed a significant security vulnerability has failed to do so, reports Forbes. Patrick Wardle, who now heads up research at security firm Synack, demonstrated the vulnerability in a video (without revealing exactly how it was done) to allow Apple time to issue a further fix.

The Rootpipe vulnerability allows an attacker with local access to a Mac to escalate their privileges to root – allowing them full control of the machine – without further authentication. A second security researcher confirmed the flaw …  END_OF_DOCUMENT_TOKEN_TO_BE_REPLACED 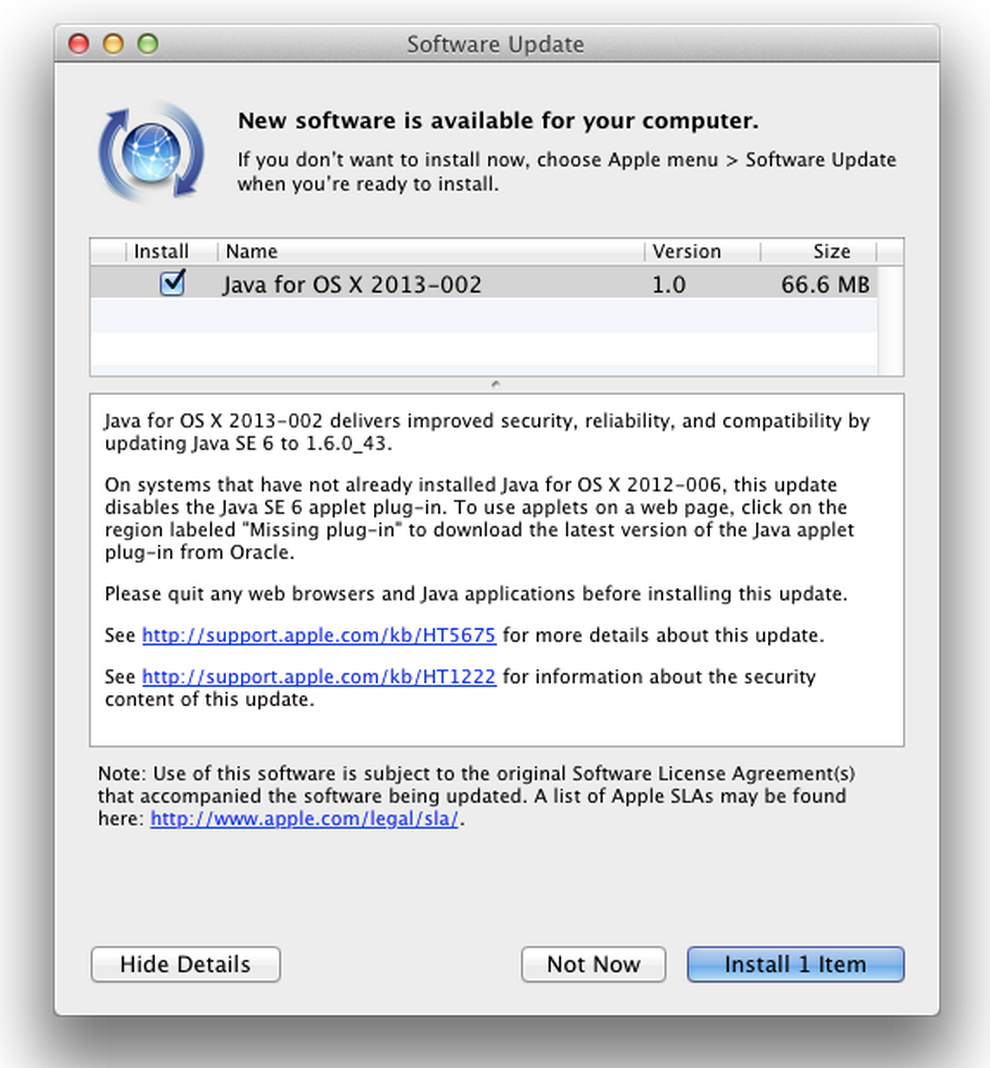 Following a number of reports of new zero-day vulnerabilities in the Java browser plug-in, Oracle has today released an emergency update to Java 7 as Apple updates Java SE 6 to version 1.6.0_43.

Researchers from security firm FireEye warned users last week of yet another new Java zero-day vulnerability and recommended users disable Java until Oracle addresses the issue. Today, Oracle said it knew about the flaw since Feb. 1 but didn’t get around to patching it in the last release:

Though reports of active exploitation of vulnerability CVE-2013-1493 were recently received, this bug was originally reported to Oracle on February 1st 2013, unfortunately too late to be included in the February 19th release of the Critical Patch Update for Java SE.

The company intended to include a fix for CVE-2013-1493 in the April 16, 2013 Critical Patch Update for Java SE (note that Oracle recently announced its intent to have an additional Java SE security release on this date in addition to those previously scheduled in June and October of 2013).  However, in light of the reports of active exploitation of CVE-2013-1493, and in order to help maintain the security posture of all Java SE users, Oracle decided to release a fix for this vulnerability and another closely related bug as soon as possible through this Security Alert.