As supply meets demand, iPad Line workers get more days off, but are they happy? 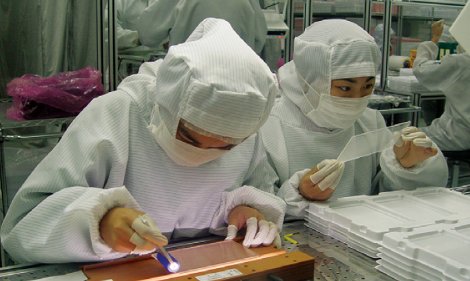 With all the controversy surrounding Apple’s supply chains abroad, Foxconn, one of Apple’s biggest partners responsible for assembling the majority of its products, has received the brunt of criticisms. We already know what the Taipei-based assembler thought about Mike Daisey’s fabrications of working conditions at Foxconn plants, but today we get another first hand account from an actual Foxconn employee.

A report from China Business News (via MIC Gadget) profiled Foxconn worker and iPad assembler Wang Xiaoqiao (who opted to hide his real name). According to Wang, iPad line workers are beginning to work fewer hours and get more days off as supply meets demand. Wang said iPad production was ramped up in March, bringing assembly time from 10 hours a day down to 8 hours. However, he is not happy about working less. Wang explained: