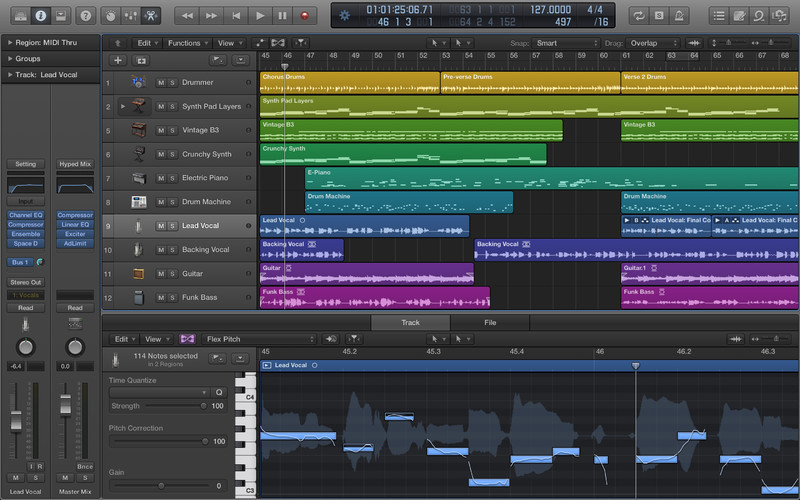 Following the release of a redesigned Logic Pro X suite earlier this month, Apple has just updated the app to version 10.0.1 with a number of bug fixes and performance improvements. Notably, its new Track Stacks feature will “no longer be inadvertently flattened by loading a Patch” and will also have access to Tuner for stacks containing audio tracks. In addition, Apple says “24-bit audio files are no longer converted to 16-bit when exporting projects to AAF”.