The Apple Watch SE starts at $279 and includes the same form factor as the Apple Watch Series 4/5/6. It includes Apple’s S5 processor and is available in GPS and cellular models. 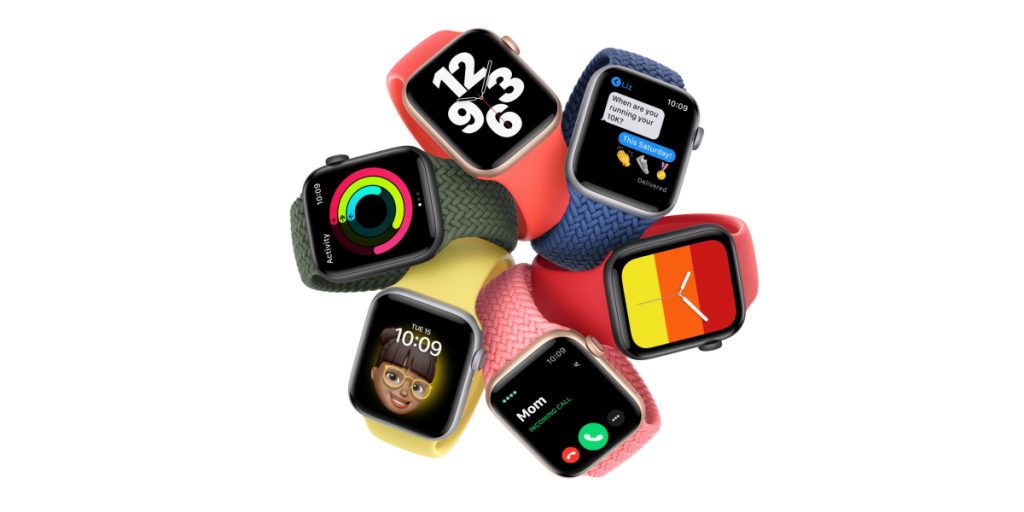 The Apple Watch SE combines the power of Apple Watch Series 6 with features from Series 5 and Series 4. With a lower price than the current generation of Apple’s smartwatch, the SE can also be a great option for kids or older family members without an iPhone.

The Apple Watch was first introduced in 2015 and quickly became the best-selling wearable device of the year, reportedly selling 4.2 million units in Q2 2015. When the company introduced the Apple Watch Series 2 later in 2016, Apple labeled the original Apple Watch as “Series 0” while bringing an updated chip with “Series 1” and a brand new “Series 2” Watch.

“This Watch combines elements of the Series 6 design with the most essential features of Apple Watch, all at a more affordable price,” said Jeff Williams, Apple’s chief operating officer, in the September of 2020 keynote.

The Apple Watch SE is available in Aluminum with 40mm or 44mm cases in Silver, Space Gray, and Gold. The Retina display is 30% larger than Series 3, so you can see more and use all the latest watch faces and complications. This Apple Watch features:

Apple Watch SE can withstand up to 50m of water and notifies about high and low heart rate and irregular heart rhythm. With International emergency calling and fall detection, the Apple Watch can also help in times of emergency.

You can choose between the GPS model or the GPS + Cellular. Both versions have an “all-day battery” of up to 18 hours.

With watchOS 7, users can take advantage of powerful new features, including Family Setup, which allows kids or older family members without an iPhone to enjoy Apple Watch. There’s also sleep tracking, automatic handwashing detection, and new workouts. With watchOS 7.4, it will be possible to unlock your iPhone with the Apple Watch.

The Apple Watch SE runs the watchOS 7.4. With watchOS 7, Apple introduced new features to the Watch, for example:

The Apple Watch SE pricing starts at $279 on the 40mm model with GPS only and a Solo Loop band. The prices can go up to $359 with the 44mm version with GPS+ Cellular. In fact, the Apple Watch can be a lot pricier depending on your band’s choice.

Lower prices may be available from Apple’s official Amazon store.

In our review, the Apple Watch SE is a great option if you’re coming from an Apple Watch Series 1, Series 2, or Series 3:

Over at 9to5Toys, you can find the best deals on the Apple Watch SE and other Apple products. Download the 9to5Toys iPhone app to receive push notifications for new deals as well.

END_OF_DOCUMENT_TOKEN_TO_BE_REPLACED

Apple Watch SE reviews: The best of the Series 4 and Series 6 with few compromises

END_OF_DOCUMENT_TOKEN_TO_BE_REPLACED

Some might argue that the most notable aspect of yesterday’s Apple event was the fact that the company didn’t announce the iPhone 12, or even make any reference to the new phones it will launch next month.

That, however, wasn’t a surprise: all the signs had pointed to that. Instead, what we got was a pretty solid event. What it lacked in excitement (except for developers), it made up for in good news for consumers …