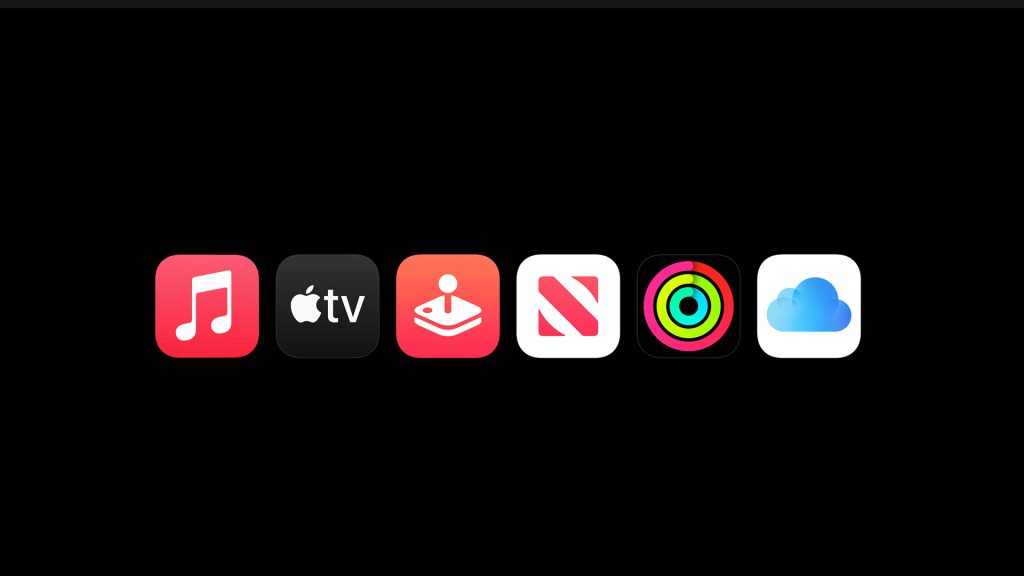 Announced in March of 2020, Apple One is an all-in-one subscription that bundles up to six Apple services: Apple Music, Apple TV+, Apple Arcade, iCloud, Apple News+, and Apple Fitness+. Here’s everything you need to know about Apple One.

Pricing: What does Apple One cost? Can I share with my family?

Apple One is a subscription bundle, which offers three different tiers.

Any services you haven’t already subscribed to are free for the first month of your Apple One subscription. You can cancel it at any time.

For comparison’s sake, here’s how much each service costs individually:

What does every Apple One service do?

Apple Music is the company’s music streaming subscription-based service that was released on June 30 of 2015 in 100 countries. Apple Music has over 70 million songs in its catalog and offers the ability to download your favorite tracks and play them offline.

Here is everything you need to know about Apple Music.

Apple TV+ offers exclusive Apple original TV shows and movies in 4K HDR quality. You can watch across all of your screens and pick up where you left off on any device. Here’s every Apple original television show and movie available now on Apple TV+, as well as the latest trailers.

Apple Arcade is a game subscription service with over 180 new and exclusive games. The service syncs between all of your devices and supports offline playing. There are no ads or in-app purchases with the service. The service allows access to all members in a Family Sharing account.

Here’s everything you need to know about Apple Arcade.

Here’s everything you need to know about Apple News+.

Apple calls Fitness+ the “next era of fitness” and for people of all skill levels. Fitness+ requires an Apple Watch and can be used with iPhone, iPad, and Apple TV with the latest software updates rolling out today.

Here’s everything you need to know about Apple Fitness+.

iCloud was launched in 2011 as the successor to MobileMe and is Apple’s current cloud service that allows iOS and Mac users to save and synchronize information. Apple includes 5GB of iCloud storage for free with all accounts and has paid options starting at $0.99/month for 50GB, going up to 2TB for $9.99.

Here’s everything you need to know about iCloud.

There are a few options to sign up for Apple One. If you’re using an iPhone with iOS 14, an iPad with iPadOS 14, or a Mac with macOS Big Sur, just click here. It’s also possible to search for Apple One on your device or go to:

Apple says that if it will save you money, the company will automatically recommend an Apple One plan when you sign up for individual Apple services, based on the services you already have.

Which device and operating system do I need for every service?

Apple One services work across your Apple devices:

Apple Fitness+ for instance requires an Apple Watch Series 3 or later. It’s possible to access Apple Music and Apple TV+ through the Android or web apps.

Can I get more iCloud storage?

Yes, you can. It’s possible to have 4TB of iCloud storage with the Apple One + standalone iCloud subscription. As already explained, every Apple One plan comes with a different storage option for iCloud. If you need more, you can pay extra:

Comment: As Spotify raises its prices, Apple One becomes an even more tempting bundle

On Monday, Spotify announced it was going to raise its subscription prices starting next month. With Apple Music prices staying the same, for now at least, the Apple One bundle could become even more tempting for users to subscribe. In fact, for many Apple fans, now could be the time to make the jump.

END_OF_DOCUMENT_TOKEN_TO_BE_REPLACED

Apple has officially started rolling out its new Apple One subscription services bundle to users. The bundle offers discounted rates when you subscribe to multiple Apple services, including Apple Arcade, Apple Music, Apple News+, and more.

END_OF_DOCUMENT_TOKEN_TO_BE_REPLACED

When Apple announced its Apple One service bundles, it immediately raised a query for many: those with different Apple IDs for iCloud and Apple Music. Would the system cope with that situation, allowing them to take advantage of the savings?

Apple’s longest-serving employee, Chris Espinosa, has just confirmed that this will be fine …