Apple’s Tim Cook takes TV project from hobby to ‘intense area of interest,’ says the industry is 20- to 30 years behind 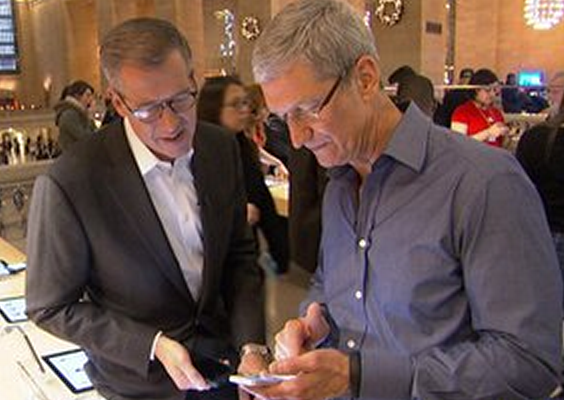 Apple CEO Tim Cook’s much hyped NBC interview is set to air tonight at 10 p.m. EST, but we are already learning much of what will be discussed during the conversation that took place in, among other places, Apple’s Grand Central retail store location in New York. Earlier today, a profile from Bloomberg revealed Cook’s plans to bring at least some production of the Mac back to the United States in 2013, but he also hinted that the company has big plans for a next-generation Apple TV product. According to a preview of the interview on NBC’s website, Cook referred to the project as an “intense area of interest”—opposed to the “hobby” that the company has considered the product since its inception:

“When I go into my living room and turn on the TV, I feel like I have gone backwards in time by 20 to 30 years,” Cook told Williams. “It’s an area of intense interest. I can’t say more than that.”