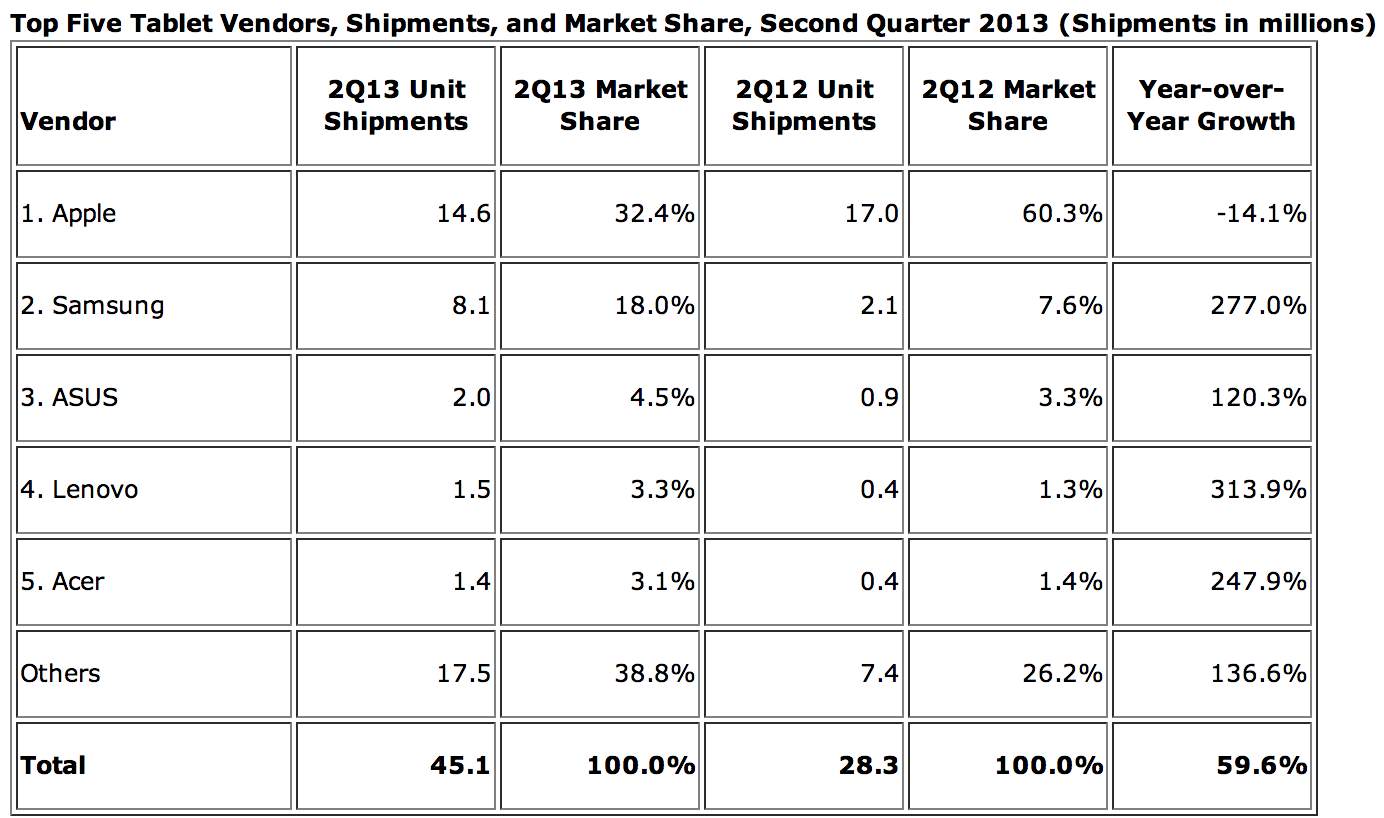 IDC is out today with its latest report tracking worldwide tablet shipments, reporting that total shipments have experienced a sequential decline during Q2 at the expense of Apple and the iPad. Apple already announced that it had sold 14.6 million iPads during the quarter, a significant drop from the 17 million it sold in the year ago quarter, but today IDC gives us some insight into where that puts Apple in its lead over Samsung as the top tablet vendor.

Apple was able to pick up 32.4% of the market during Q2, continuing its lead as the top tablet manufacturer, but dropping from the 60.3% of the market it had in Q2 last year. While Apple’s tablet shipments are clearly suffering from lack of new product announcements this year, it’s also losing share to Samsung and others. IDC reports 277% year over year growth for Samsung, giving it 18% of the market with 8.1 million units shipped during Q2. All of the top 3 vendors– Apple, Samsung, and ASUS– experienced a drop compared to Q1 2013, but the Android tablet makers have experienced significant growth compared to Apple since last year. END_OF_DOCUMENT_TOKEN_TO_BE_REPLACED