Why does the new iPad continue charging after it hits 100 percent? 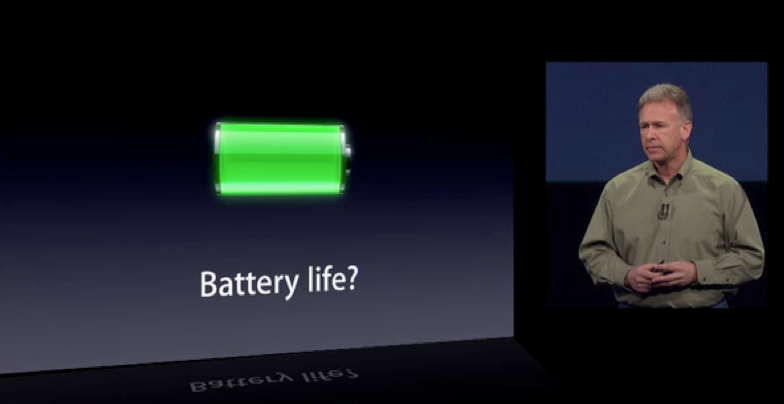 Since the launch of the third-generation iPad, Dr. Raymond Soneira, president of DisplayMate Technologies Corporation, has put the device through its paces testing just about every aspect of its “resolutionary” new Retina display. The lengthy report provided a detailed comparison of the new iPad’s display versus the iPad 2 and iPhone 4.

In a running time time of the new iPad’s battery, Dr. Soneira found its “batteries do not actually reach full charge when 100% is shown,” and noted up to an extra hour of charging is required before reaching full capacity. We already discovered that the third-generation iPad’s new 42.5-watt-hour battery takes considerably longer to charge than the iPad 2—up to several hours. One explanation suggested is that Apple is trying to shorten the amount of time people think it takes to charge to line up with iPad 2 expectations. Soneira found the new iPad running no applications at maximum brightness lasted for 5.8 hours in comparison to the iPad 2 at 7.2 hours.

He did not go into detail about his findings in the report, but Soneira provided an explanation of the charging issue below:

END_OF_DOCUMENT_TOKEN_TO_BE_REPLACED

As we suspected, new iPad takes longer to charge. Also gets warm inside

While we are waiting for iFixit to tear apart the new iPad so we can get a look at the device’s new 42.5-watt-hour rechargeable lithium-polymer battery, we received confirmation that the battery does take hours longer to charge than the iPad 2 (iPad 2 pictured above). We know battery life remains the same with the 70 percent larger battery going mostly toward powering the new Retina display, A5x chip, and LTE-capabilities, but we wondered last week whether the new battery could take up to 70 percent longer to charge. MG Siegler confirmed in his review on TechCrunch that charging the new iPad takes “several hours” longer compared to earlier generations:
END_OF_DOCUMENT_TOKEN_TO_BE_REPLACED