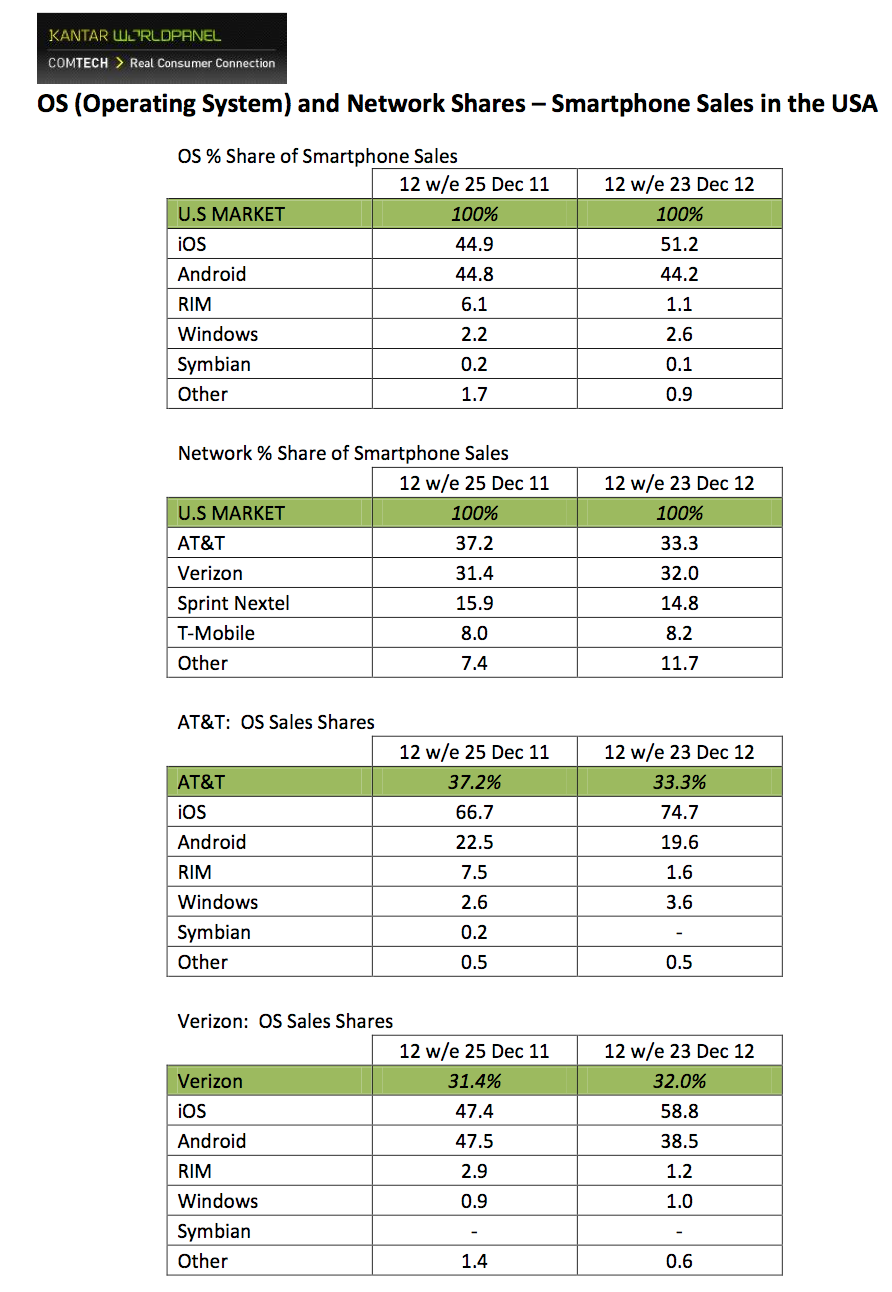 Apple was able to maintain its lead of smartphone sales in the U.S. market during the holiday quarter ending Dec. 23, according to new data released by Kantar Worldpanel ComTech. The report said iOS was the top-selling smartphone platform during the three-month period, as it recorded 51.2-percent of market sales compared to Android’s 44.2-percent.

While Android’s share of the market remained steady, down from just 44.2-percent last year, Kantar noted an increasing number of iPhone sales to other smartphone users. Sales of iPhones to Android users apparently grew 10 percent compared to 2011:

Among the switchers, the majority came from Verizon. About 49 percent of new iPhone sales came specifically from users of another smartphone platform, while 30 percent came from Android users. AT&T, however, only had about 6 percent Android switchers, as the majority of new iPhone purchases—55 percent—were derived from iPhone upgrades: END_OF_DOCUMENT_TOKEN_TO_BE_REPLACED