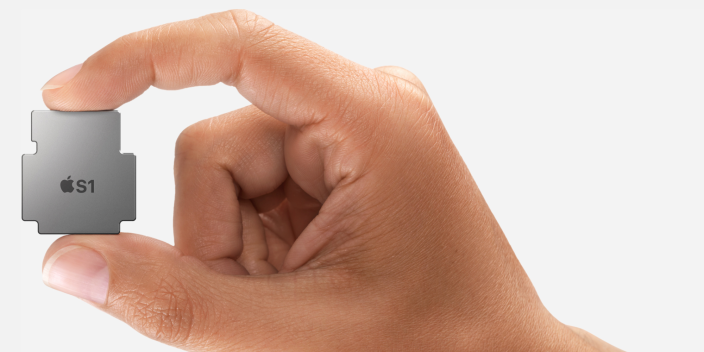 We’ve already seen the Apple Watch get torn apart by iFixit, giving us an inside look at the Taptic Engine, Digital Crown, and (mostly) battery, and now ABI Research has gone a level further and opened up the custom designed S1 chip that is the brains of the Apple Watch… END_OF_DOCUMENT_TOKEN_TO_BE_REPLACED

Sales channel data from 35 countries compiled by Counterpoint shows that the iPhone 5s remained the world’s best-selling phone as of May, some eight months after its launch. This backs up a report from ABI Research that the phone had retained the number one slot through Q1.

Apple’s iPhone 5s continues to be the bestselling phone in the world, a spot that many expected to be taken by Samsung’s Galaxy S 5. The highly anticipated Galaxy S5 comes in at second place but still a quite distant number two in terms of (sell through) unit sales.

The news wasn’t quite so good for the iPhone 5c, which came in at number 5, behind both the Samsung S5 and last year’s S4 – as well as the company’s Note 3 phablet.

The iPhone 4S keeps on trucking: two-and-a-half years after its release, Counterpoint shows it at number 6 – one notch down from ABI’s Q1 data.

Overall, Samsung has roughly twice Apple’s market share thanks to a huge range of handsets at all price levels, a statistic that is unlikely to keep Tim Cook awake at night even if market share doesn’t increase, as Apple takes home the lion’s share of the profits – something you can watch in real-time thanks to an interactive graphic.

It’s widely expected that the iPhone 6 will boost Apple’s share of the market as it taps into demand for larger displays, with Cook saying last month that there is more growth to come from Android migration.