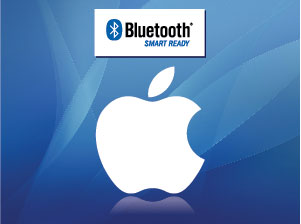 Enhance your apps with support for new types of accessories. Location beacons are a new class of low-powered, low-cost transmitters that can notify nearby iOS 7 devices of their presence. Location beacons will provide apps a whole new level of location awareness, such as trail markers in a park, exhibits in a museum or product displays in stores. Other new features include the ability to setup and configure Wi-Fi accessories, such as AirPlay speakers, directly from iOS.

On top of the new location beacons, we already know about a few new Bluetooth improvements in iOS 7 including the new framework for hardware game controllers, and the AirDrop file sharing feature. However, there are also some big improvements to APIs coming that will make your Bluetooth devices work seamlessly with iOS 7… END_OF_DOCUMENT_TOKEN_TO_BE_REPLACED